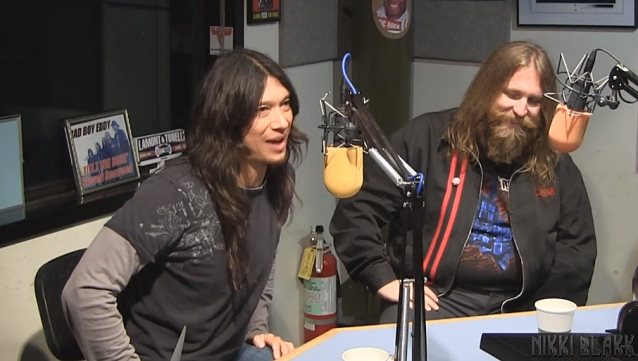 Guitarist Rob Cavestany and drummer Will Carroll of Bay Area metallers DEATH ANGEL were recently interviewed by "Metal Zone" host Nikki Blakk of the San Francisco, California radio station 107.7 The Bone. You can now watch the chat below.