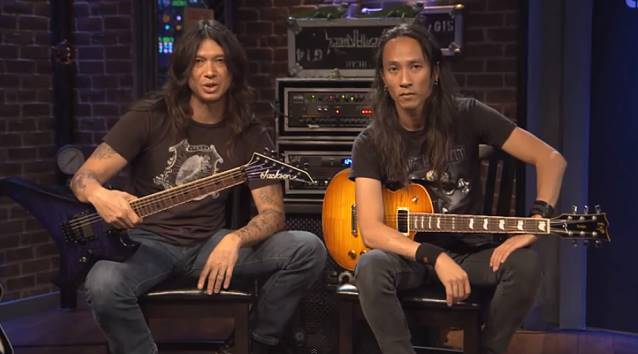 EMG TV has uploaded video footage of Rob Cavestany and Ted Aguilar of San Francisco Bay Area metallers DEATH ANGEL performing the song "Son Of The Morning" from the band's new album, "The Dream Calls For Blood". Check it out below.