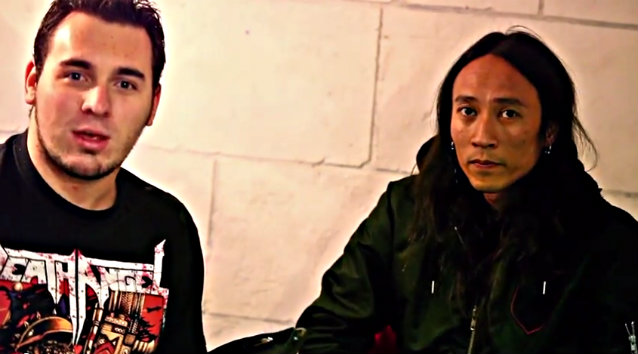 On November 4, Alex Stojanovic of Metal Master Kingdom conducted an interview with guitarist Ted Aguilar of San Francisco Bay Area metallers DEATH ANGEL at The Opera House in Toronto, Ontario, Canada. You can now watch the chat below.

DEATH ANGEL's North American headlining tour in support of "The Dream Calls For Blood" kicked off on October 18 in San Francisco. Support on the trek came from 3 INCHES OF BLOOD, BATTLECROSS, REVOCATION and DIAMOND PLATE.