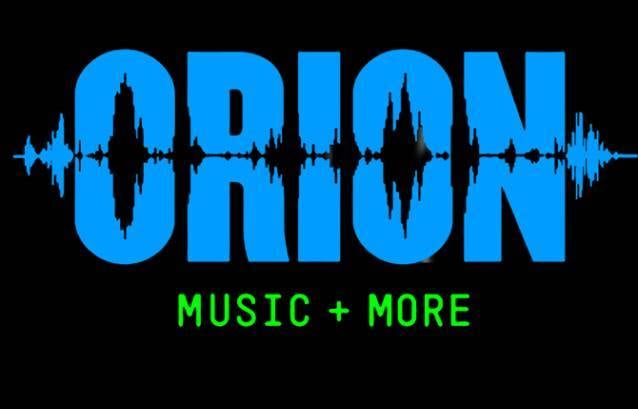 METALLICA's ORION MUSIC + MORE Festival To Take Next Year Off

According to The Detroit News, METALLICA will not reprise its two-day Orion Music + More festival in Detroit, Michigan next year. A spokeswoman for promoter C3 Presents confirmed that the festival will take a year off, as METALLICA is touring Europe in June, the time period the festival was held the last two years. The event may return in 2015, C3's spokeswoman said, although it is unclear whether it will return to Detroit.

Drummer Lars Ulrich said earlier this year in a radio interview, "Detroit was a great experience. We'd love to bring this thing back to Detroit. We've gotta sit down and look at the practical parts of it… It's not an easy thing to launch a festival, but we've had a lot of fun the last two years doing it, and we hope to bring it back to Detroit."

Frontman James Hetfield told The Pulse Of Radio that it difficult to predict if Orion could be an ongoing annual event. "You never know with adventures like this," he said. "But we also know, and history tells us, that you're not gonna break even for a few years. So that's the goal. Our goal is to make a cool event, get some cutting edge bands in front of a lot of people and break even with it. That would be great."

METALLICA surprised fans at Orion Music + More on June 8 by playing its 1983 debut disc "Kill 'Em All" from beginning to end on a smaller stage at the event. METALLICA was officially announced to play a headlining set on June 9 to close out the festival, but hit the stage at 4:30 p.m. one day earlier for a 10-song set that started with "Hit The Lights" and finished out with "Metal Militia".

At last year's Orion festival, METALLICA played both 1991's self-titled "black album" and 1984's "Ride The Lightning" in their entirety on separate nights.