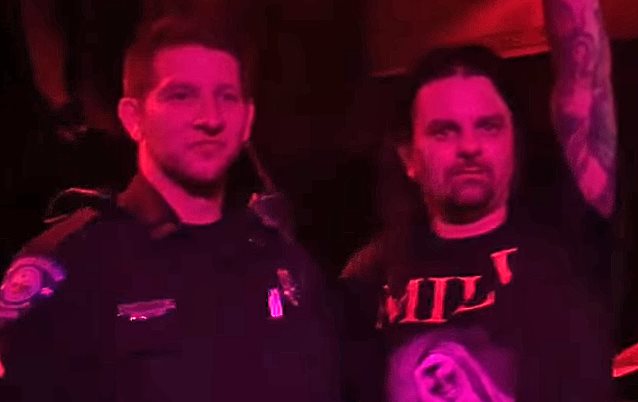 'Death Metal Cop' Had Violated Other Policies Before Being Relieved Of His Duties, Says Police Chief

Ricks had already submitted a letter of resignation on October 30, but was relieved of his duties this past Wednesday morning (November 18),two days before the pending separation date.

Smith told The Daily Beast that Ricks's decision to join the death metal band VITAL REMAINS on stage on November 13 and sing the song "Dechristianize" in full uniform was unacceptable. However, Smith added that he has nothing against heavy metal.

"There is absolutely no concern with us with anyone listening to heavy metal," Smith told The Daily Beast. "That's your prerogative and your choice of music that you want to listen to."

After a video of Ricks's appearance with VITAL REMAINS was sent to Smith on Tuesday, Smith notified the Professional Standard Section and removed Ricks's authority to perform his law enforcement duties. Early Wednesday morning, he and his command staff arrived at the decision to essentially move the date of Ricks's resignation up by two days.

"For folks to believe that he was terminated because of the circumstances isn't true," Smith told The Daily Beast. "What would have probably happened if Officer Ricks had remained on the job is that we would have completed the internal investigation, for which he would have most likely received some form of discipline."

According to Smith, Ricks had violated other policies as well. Ricks had disobeyed the requirement to have his body camera turned on while doing community contacts, Smith said. He had also placed a training officer in a situation that the latter was not equipped to handle, Smith claimed.

"Dechristianize", which includes the statement "Let the killing begin," was reportedly written about the crucifixion of Christ and is the opening track on VITAL REMAINS' 2003 album of the same name. The LP was the band's first to feature DEICIDE vocalist Glen Benton, and is generally considered to be VITAL REMAINS' breakthrough album.

"'Let the killing begin' is not an appropriate response to anything, considering the tensions between law enforcement and the communities, and considering the circumstances of things that have taken place in Paris and around our country," Smith told The Daily Beast.

"The last thing I want to do is have anyone be in fear of one of our police officers." 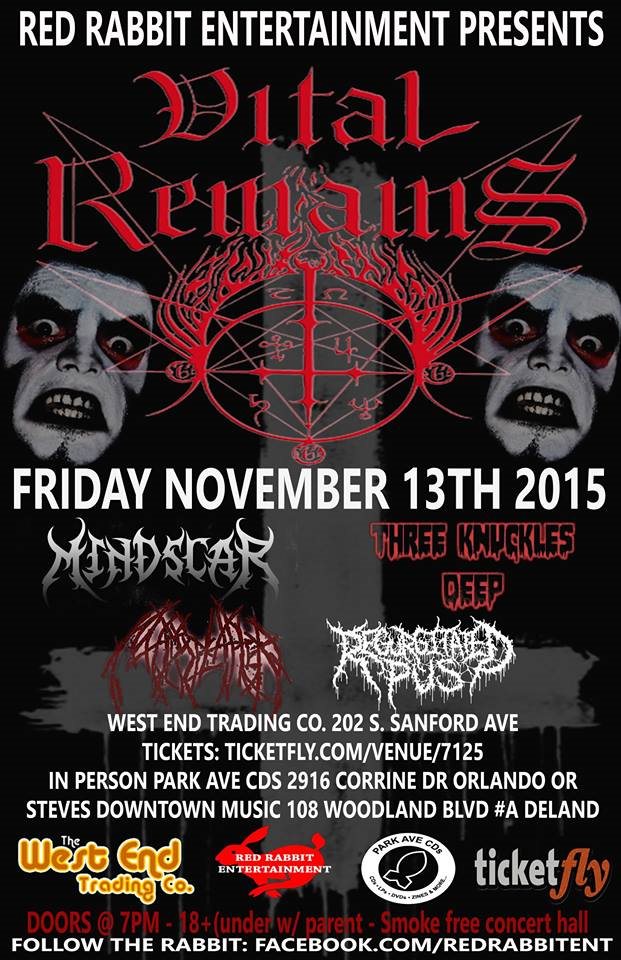