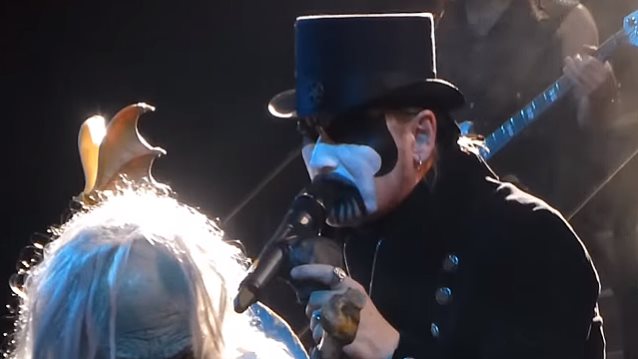 Fan-filmed video footage of KING DIAMOND's November 13 performance at the Aztec Theater in San Antonio, Texas can be seen below.

As previously reported, Philadelphia (November 25 at The Fillmore) and Detroit (November 28 at The Fillmore) have been selected as the cities on the "Abigail In Concert 2015" tour at which KING DIAMOND will film the live shows for the band's forthcoming DVD. The massive, multi-camera shoot will be directed by Denise Korycki (CANNIBAL CORPSE, KILLSWITCH ENGAGE),and will also include additional footage from multiple shows throughout the trek.

KING DIAMOND guitarist Andy La Rocque told Artisan News about the making of the "Abigail" album: "I've actually got some great memories [from the recording sessions for the LP]. I remember the whole studio thing pretty well, actually. Back in… I think we started back in December 1986 to record it, after we got back from some touring and stuff, and some writing too, and rehearsing, of course. [It was a] very cold winter back in Copenhagen, you know. We spent about two months, I think, with the recording and the mixing. And the whole recording process, I thought, was very, very creative, and I think we just captured an amazing atmosphere on the whole album, which still, when you listen to it today, is, like, 'Wow!' You get back to the feel you had for it while you recorded it. So it's still a very cool and special album to me."

La Rocque in July said that KING DIAMOND hasn't officially started working on material for the follow-up to the band's 2007 album "Give Me Your Soul...Please", but he talked about a possible direction for the next CD. He said: "Hopefully the sound of the album is gonna be better. I don't really know about the story or… I've got some riffs and such that I wrote a few years back, actually, but I have to go back and check that to see if that still can be used. I don't know about that, because we get new ideas all the time. So we'll see about that. But I'm sure we're gonna have some fresh, good ideas for the next album, that's for sure. And when that's gonna happen, we don't really know." 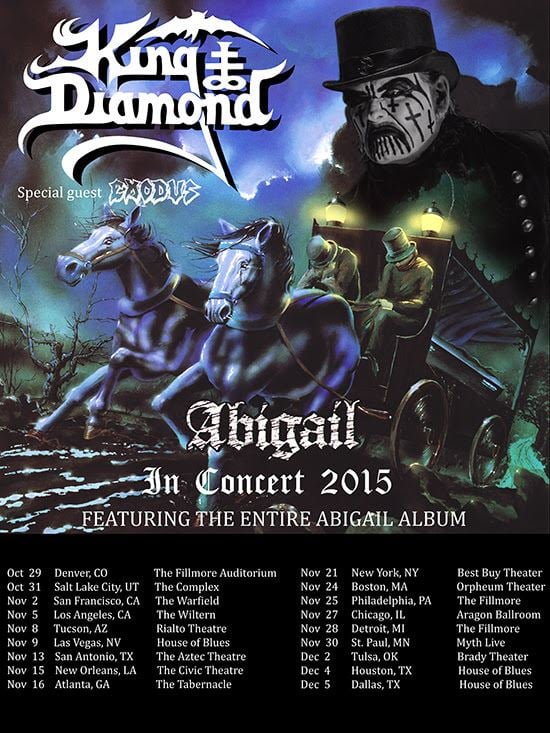