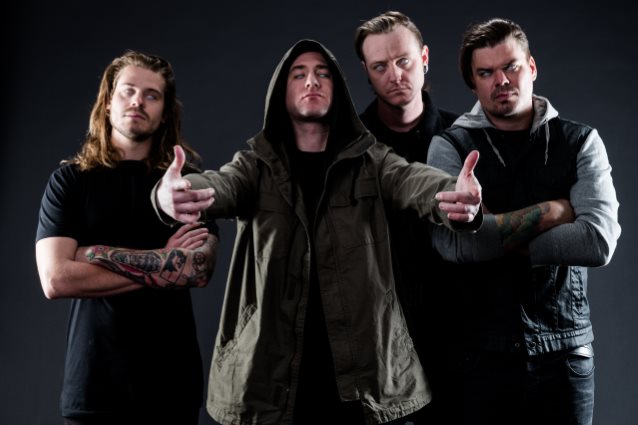 Rising rockers DED have released the official music video for the song "Remember The Enemy". The Phoenix, Arizona-based group reunited with video director Fred Durst for this latest clip, which finds them performing against a lit-up forested backdrop, while clear-eyed vocalist Joe Cotela also makes the most of a cage setting to set the tone for the clip. As for the song, it's plenty of low end heaviness offset by electronic high-end keys, making for an engaging and hard driving rock track that's guaranteed to stick in your head for days.

Speaking about the track, Cotela explains: "'Remember The Enemy' is a song about self-reflection. A couple years ago I started defeating myself with anxiety and depression. I was taking a lot of Xanax and medicating heavily with booze. It was at some point in there that I realized that I am in control of all of this. My brain and my thoughts only exist in ways that I allow them to. A great quote I came across summed it up: 'The difference between who you are and who you want to be is what you do.'"

He continues: "I started going to cognitive therapy. I had to stop what I was doing, honestly look at myself and pick my ass up! I got mad at the anxiety/depression, I made it my 'enemy.' I had to beat the s–t out of it and stomp it out. I was in my own way, my own worst enemy. It hasn't completely gone away, it still rears its ugly fucking face at times — but now I know what the fucker looks like and how to deal with it."

As for the Durst-directed clip, the singer states: "We shot the video for 'Remember The Enemy' in Griffith Park at the old abandoned Los Angeles Zoo that was opened in 1912 and closed in 1965. That area has turned into a hidden park/hiking destination. It is an eerie setting and is supposed to be haunted by the animals that were once imprisoned there in such obsolete, harsh conditions. We really went for a dark, nightmarish horror movie vibe, and we think we achieved that. As a side note — the scene from the Will Ferrell 'Anchorman' movie where they fall into the bear pit was also shot there. We hope fans enjoy 'Remember The Enemy'!"

"Remember The Enemy" is the follow up to "Anti-Everything" which reached the Top 20 at rock radio and whose Durst-directed video has surpassed one million views on YouTube.

The band has a busy fall ahead of them with a mix of their own shows and several festival appearances.