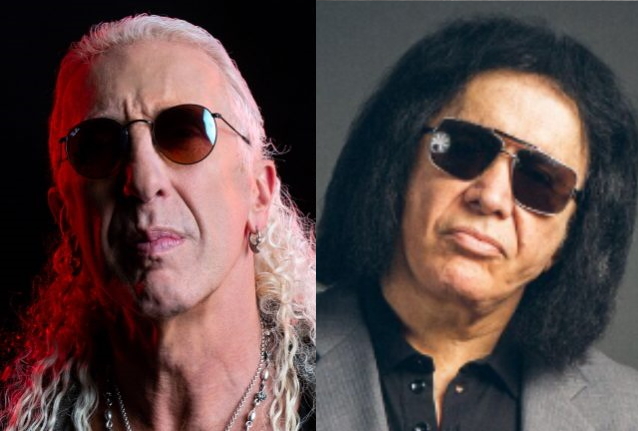 TWISTED SISTER singer Dee Snider has dismissed the notion that rock is dead.

While rock and roll has been king of the music world for decades, in the past few years, it's been unseated by the growing popularity of hip-hop. This has caused many pundits to proclaim the genre "dead" from an industry perspective, noting that it has been eclipsed in all measures by pop, hip-hop, and EDM.

Snider, who is currently promoting his new solo album, "Leave A Scar", spoke about rock's supposed diminishing status during a recent interview with Consequence Of Sound. Addressing Gene's "rock is dead" comment, Dee said: "He makes me crazy. I mean, I love him, I love KISS., but I wish he would just shut the hell up with this. And he doubles down on it. This statement of 'rock's dead, there are no rock stars, don't bother,' all that shit, it's just so self-serving and self absorbed. It's selfish. It's, like, ''Cause it's not doing it my way, it doesn't have value. It's not the way it was when I was coming up, so it's not rock and roll anymore.' Anyway, that's bullshit."

"Leave A Scar" was released on July 30 via Napalm Records. The album was once again produced by HATEBREED frontman Jamey Jasta, with co-production, mixing and mastering by drummer Nick Bellmore.