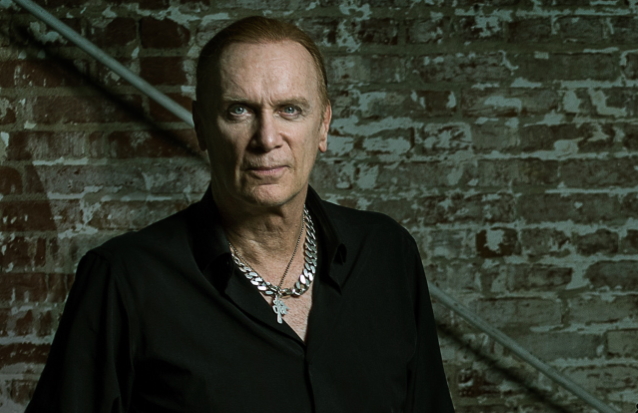 BILLY SHEEHAN: Why I Moved From Los Angeles To Nashville

During an appearance on a video podcast hosted by Todd Kerns, the bassist of SLASH FEATURING MYLES KENNEDY AND THE CONSPIRATORS, legendary bassist Billy Sheehan discussed his decision to move to Nashville in 2017 after living in Los Angeles for more than three decades. Referencing the fact that Nashville is internationally known for country music, Billy said: "I'm not a country guy, so I don't know a lot about old-school country. I like it just because it's kind of culturally amazing — Johnny Cash and Ernest Tubb and Conway Twitty and guys like that. I think it's pretty cool.

"When I first began listening to music, they played country along with rock a lot of times. It was on the same station until the dividing lines got more solid.

"But there's a lot of rock guys here [in Nashville] now," he explained. "Tom Petersson from CHEAP TRICK is here. Ray Luzier from KORN; he's a good buddy of mine. We work together a lot. And a long list [of other rock musicians]. So it's pretty cool.

"But, yeah, I miss L.A.," Billy admitted. "You can't beat the weather. But it's just sad what's going on with the crime and the homeless and all that. I was there 32 years. It was amazing, and I paid my 14 percent state tax every year. Now [in Tennessee] it's zero."

Sheehan has played bass on dozens of records and toured all over the world for many decades, with a unique and original style of playing that has been widely celebrated and documented. Starting in his former hometown of Buffalo, New York with the now legendary hard rock trio TALAS, he went on to join former VAN HALEN singer David Lee Roth in 1985, along with guitarist Steve Vai and drummer Gregg Bissonette. In 1987, Billy left to start his own band, MR. BIG, and in 2002, he founded NIACIN, a fusion/blues trio that featured drummer Dennis Chambers. More recently, Billy joined former DREAM THEATER drummer Mike Portnoy and guitarist Richie Kotzen to form THE WINERY DOGS.