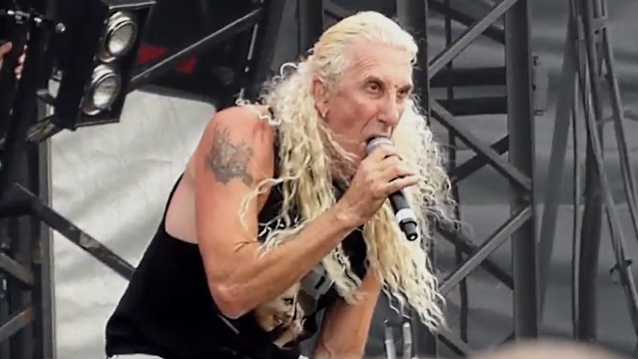 Dee Snider has confirmed that he is working on a live DVD and CD recorded during the touring cycle for his latest solo album, "For The Love Of Metal", which was released in July 2018. The new set, which may end up being called "For The Love Of Metal Live", is expected to arrive later this year via Napalm Records.

On Friday (January 24),the TWISTED SISTER frontman tweeted: "'So Dee, what have you been up to?' Funny you should ask. Been putting together a live DVD/CD with @NBellmore @CharlieBellmore @pzutto @mahtyfriedman for @NapalmRecords ! Get ready for 'For the Love of Metal Live!' Or maybe I should call it 'For the Live of Metal'?"

“So Dee, what have you been up to?” Funny you should ask. Been putting together a live DVD/CD with @NBellmore@CharlieBellmore@pzutto@mahtyfriedman for @NapalmRecords! Get ready for “For the Love of Metal Live!” Or maybe I should call it “For the Live of Metal”?