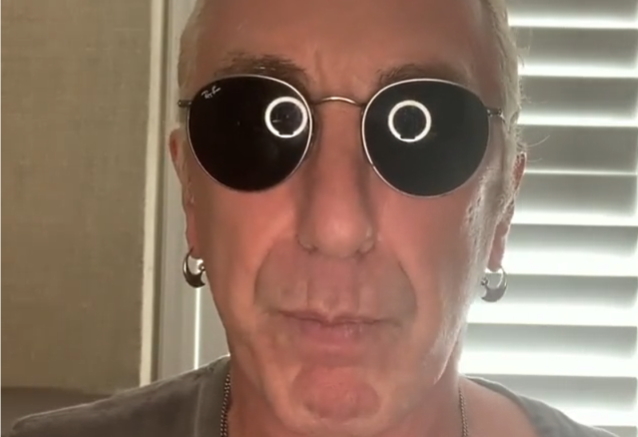 DEE SNIDER: 'LESLIE WEST Was One Of The Greatest Guitarists Of All Time'

Dee Snider has paid tribute to MOUNTAIN's Leslie West, who died December 23 at the age of 75. The iconic guitarist, vocalist, songwriter and storyteller suffered cardiac arrest at his home near Daytona, Florida on December 21 and was rushed to a hospital, where he never regained consciousness.

Earlier this week, the TWISTED SISTER frontman took to his Instagram to share an eight-minute video in which he said in part: "Leslie West was one of the greatest guitarists of all time, and, unfortunately, not everybody knows about him. He is not as renowned as Eric Clapton or [Jimi] Hendrix or Eddie Van Halen or Randy Rhoads, yet he should be, because he inspired so many of them. Not Clapton — I think Clapton was his inspiration.

"It's kind of strange for me to be honoring and paying tribute to a guitar player, 'cause I'm a singer," Dee continued. "And I don't mean any disrespect to guitar players. I certainly love a good guitar solo, and I love a great guitar player. But as a singer, it was always the singers that communicated to me. Yet Leslie West was the first guitarist — when he played a solo, I stood up and paid attention and listened. And I think, as over the years I sort of examined what it was about Leslie that spoke to me so much, it was because he played melodies on a guitar solo. He made that guitar sing, and his leads — most of you know him from 'Mississippi Queen' — but his guitar solos, every one was singable. You could hum it, sing it, repeat it. It had melody to it. It was a song in and of itself.

"Leslie became one of my heroes," Snider added. "As the years went by, I got to meet Leslie, know Leslie, become friends with Leslie, and he did not disappoint."