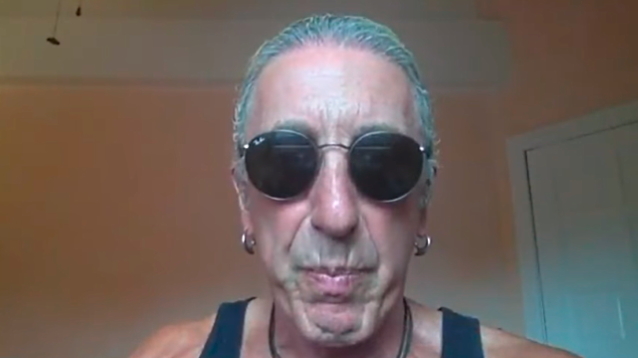 Dee Snider says that his daughter has safely returned from Peru, two weeks after being stuck in the country without a means of departure after Peru shut its borders in an effort to combat the novel coronavirus pandemic.

The TWISTED SISTER frontman took to his social media on Friday to say that Cheyenne was finally given a boarding pass this past week for a flight back to the U.S., but stressed that there are thousands of Americans still waiting to return home.

In his 15-minute video message (see below),Dee said: "Hey, everybody. Great news, for us especially. Last night, our daughter arrived back on U.S. soil. She was released. It was more like she got out of Peru where they're holding thousands of Americans. Not hundreds — you've heard on TV it's hundreds. It's not hundreds — it's thousands. I did that all week long, reaching out to every possible resource I could."

He continued: "I know some of you may be saying, 'Oh, yeah, well, you're a rock star. You're a celebrity. You got special treatment.' And we all have outreach. And yes, as a rock star, I have outreach. But hell, when my brother-in-law, the carpenter, wanted to build a house, I had to pay for mine, him and all his friends built the damn house, a beautiful house. The point being we all have assets, we all have outreach, we all use what we can to get there."

A senior State Department official said Wednesday that 9,300 Americans from 28 countries with travel restrictions in place, including Peru, have been brought back home. At least 66 more chartered flights were planned over the ensuing week, the official told ABC News.

The U.S Embassy in Peru has been posting updates on social media, with repatriation efforts still focused primarily on the elderly, sick and minors.

The Peruvian government announced Thursday that borders will remain closed until April 12.

After a week of struggle, with the help of some old and new friends, my daughter Shy has safely returned from Peru.