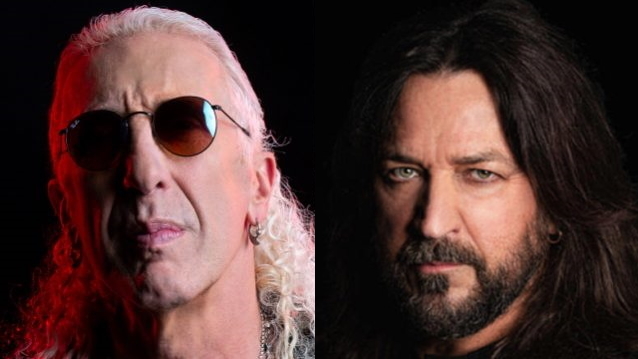 TWISTED SISTER singer Dee Snider says that he is "pro-choice" on the issue of abortion, and believes that we should let the women have a choice in what they want to do with their bodies.

Snider voiced his views on the hot-button topic while responding to STRYPER frontman Michael Sweet, who blasted a group of abortion rights activists for swallowing abortion pills near the U.S. Supreme Court Building to protest to a court challenge that could reverse Roe vs. Wade.

On Thursday (December 2),Sweet, who has fronted the openly Christian rock band STRYPER for nearly four decades, shared a video of protesters allegedly taking mifepristone ahead of the nation's highest court hearing arguments over a case involving a Mississippi law that bans abortions after 15 weeks. None of the protesters were pregnant, said Amelia Bonow, co-founder of the abortion rights group Shout Your Abortion, who orchestrated the demonstration. In an accompanying message, Michael wrote: "When women are shamelessly and proudly taking 'abortion pills' on video with smiles on their faces, isn't that a whole new level of evil? How and why is this acceptable in our world? Are we really this far gone? Celebrating the death of the unborn!!"

An hour later, Snider took to his Twitter to address Sweet's comments, writing: "Actually Michael, it's not. From my Christian teachings I got 'first breath, last breath'. I'm Pro-choice & stand for women's rights. What bothers me about this convo is while pro choicers say, 'It's up to you.' Anti-choicers say, 'We'll decide for you.' #oopsIdiditagain #andgo".

Actually Michael, it's not. From my Christian teachings I got "first breath, last breath". I'm Pro-choice & stand for women's rights. What bothers me about this convo is while pro choicers say, "It's up to you." Anti-choicers say, "We'll decide for you." #oopsIdiditagain#andgohttps://t.co/OTEsFw9hr1