Everyone knows Dee Snider's iconic TWISTED SISTER anthem "We're Not Gonna Take It", but now the youngest music lovers will discover the song lyrics for the first time in a very different way — they'll read them in a picture book. "We're Not Gonna Take It" is one of the first titles being released in a new children's book series based on famous song lyrics — LyricPop.

Illustrator Margaret McCartney says: "When the publisher, Akashic Books — who also published the bestselling 'Go The F*ck To Sleep' — asked me to illustrate the book, I jumped at the chance."

McCartney recently spoke with Snider about working on the book and what it is like to see his lyrics — once maligned by Tipper Gore and the Parents' Resource Music Center — turned into a picture book. Below is their conversation and a few exclusive images from "We're Not Gonna Take It".

Snider: "Seeing the images attached to the lyrics was shocking to me at first. I never imagined the song being relative to toddlers and infants and small children, but the realization was that rebellion is one of our first instincts. We have many first instincts of course — love, and hunger, things like that — but we also very quickly establish what we want and what we don't want, and what we like and what we don't like. Being rebellious is something born in us and bred in us, and it is at our very core, so seeing those pictures was actually an education for me. What made you want to illustrate the lyrics to 'We're Not Gonna Take It'?"

McCartney: "I thought showing those lyrics being acted out by toddlers, the original rebels, would be really funny. If you have spent any time with kids that age, you know that their favorite word to say and least favorite word to hear is 'NO!' and that they are a real handful as they learn how to assert their tiny selves."

Snider: "Did you think the lyrics to 'We're Not Gonna Take It' would be easy to turn into a children's book?"

McCartney: "Not easy exactly, but I thought the rebellion against authority in the song could work well in the context of a kid's book. Did you ever think the song lyrics to 'We're Not Gonna Take It' would become a picture book for young children?"

Snider: "Absolutely never! There are so many things in my life that have happened to me, that if you had told me they would happen when I was a young man, it would have made me very angry, and that's an understatement. I've written Christmas songs, I've written a Christmas musical, I've acted on Broadway, I've had pop artists record my music. These are things that I never would have expected happening, and like I said, as a young man, I would have been 'Take it back! I'm heavy metal!' But this is the beauty of life: the surprises, the changes, the journeys are interesting if you allow them to be interesting and if you're willing to take chances and say 'yes' to opportunities. Like when this was proposed, the idea of using this song for a children's book, I was taken aback at first, and then I said, 'Yeah, let's see where this goes!' So I love it."

McCartney: "When you wrote 'We're Not Gonna Take It', did you think it would become the iconic anthem it's known as today?"

Snider: "When I wrote 'We're Not Gonna Take It', I was trying to write an anthem. I loved writing rock anthems. I thought they inspired the crowd, inspired the audience, communicated a message, an attitude, a feeling. And I had written anthems before, and I'll write anthems forever, because to me, they are one of the most important types of rock songs. I did not realize how iconic the song would be, how transcendent the song would be, how the crossover appeal, the mass appeal the song would have, and what it would eventually become — today, it's pretty much a folk song. I can say relatively with assurance that the entire world knows the song, the chorus at least, even if they don't know who wrote it, where it came from. It's amazing, no matter where I go, people can relate to that song, and know that song, and it has come to speak for so many people, so many causes, so many sides. I mean you get opposing teams and enemies both singing 'We're Not Gonna Take It' at the other one. So I never realized how far it would go. I'm proud of what it's become. I wanted it to be that kind of song, but I thought it would be for a rock audience, I never thought it would go to this level. And now a children's book? Amazing."

McCartney: "Were there any lyrics that were difficult to write in the song?"

Snider: "Lyrics and lyric writing are usually inspired. I always start with a song title and work from there when writing the songs, and I wrote 'We're Not Gonna Take It' by myself. So I knew the chorus, key words, and I knew the message I wanted to send. I'm sure there were some things I got stuck on. I use bigger words than the average rock star. I like the English language. I like vocabulary. I like imagery created using bigger words. So, 'Oh, you're so condescending / Your gall is never-ending' — I don't know if 'gall' and 'condescending' have been used that much. 'Trite and jaded' / 'Confiscated'— these are words you don't usually see in rock lyrics. But there's a process in writing lyrics, and they usually come to me fairly smoothly once I'm focused on what the message is. Were there any lyrics in 'We're Not Gonna Take It' that were hard to illustrate?"

McCartney: "I don't think it was particular lyrics that were hard, it was harder to make sure that the illustrations had their own story arc within the song. I could think of lots of things that toddlers didn't want to do or weren't allowed to do, which was a good starting point and then I realized that those things had to add up to their own narrative — that's when the push and pull with the parents came in, ultimately resulting in all the babies being sent to bed. Which, I think every kid can relate to."

Snider: "You were in the band TUSCADERO before you became an illustrator — you even toured with CHEAP TRICK. Do you still make music? How does being a musician influence your illustration?"

McCartney: "I still make music, but I'm not sure that it influences my illustration. But I would definitely know how many strings to draw on a guitar or bass."

Snider: "What was the most unexpected part of working on this project?"

McCartney: "Definitely having this conversation with you! This was a blast!"

Snider is best known as the lead singer and songwriter of the eighties sensation TWISTED SISTER, and has gone on to an eclectic career in radio, television, and film, as a writer and performer on Broadway, and as a social activist. He continues to write music and perform throughout the world.

McCartney grew up in Washington, D.C., where she played flute in the Police Boys & Girls Club Band and guitar in the band TUSCADERO. She has met both Bill Clinton and Jimmy Walker. She studied illustration at the Rhode Island School of Design. Her work has appeared on everything from garden gloves to comics to her own line of children's wear, Winter Water Factory. She lives and works in Brooklyn, New York. She enjoys fiction and dumplings. Her crimes include wrecking a moped in Thailand and opening for CHEAP TRICK. 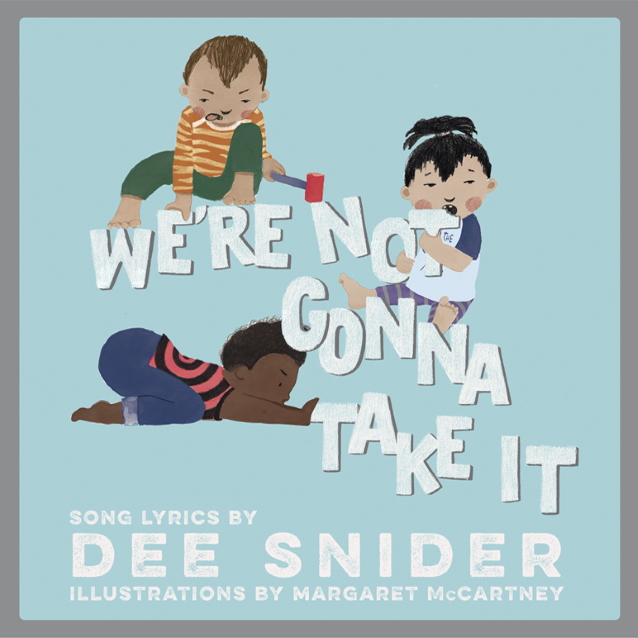 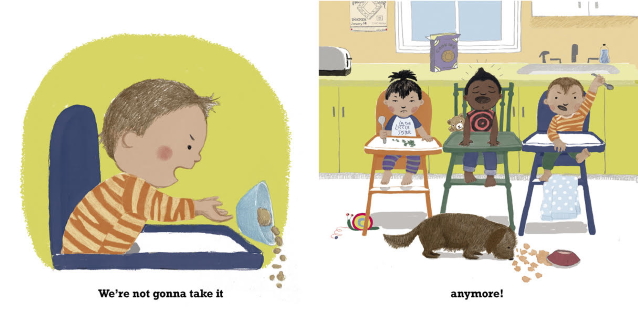 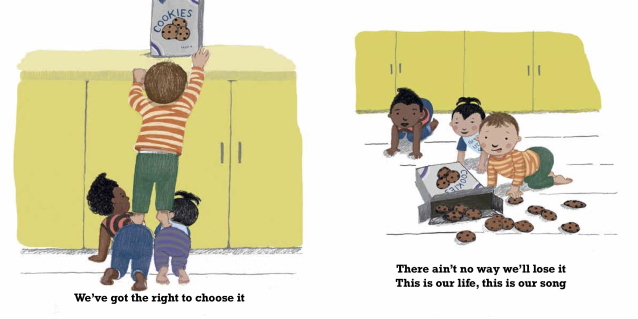 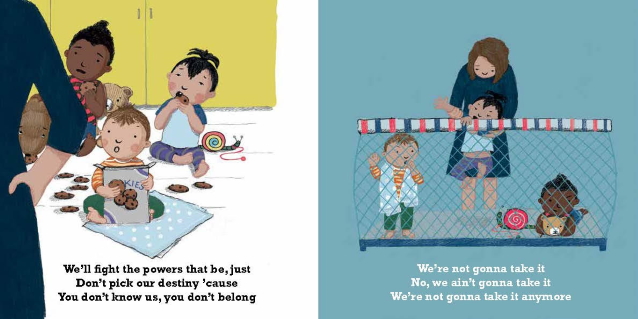 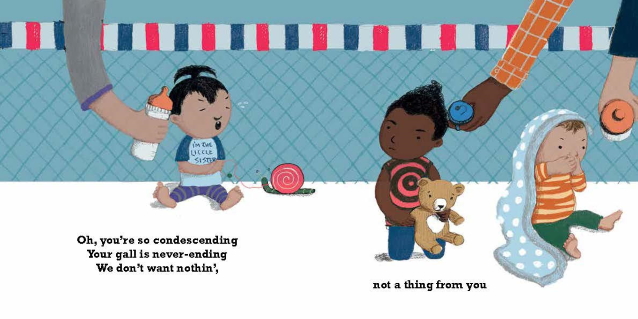