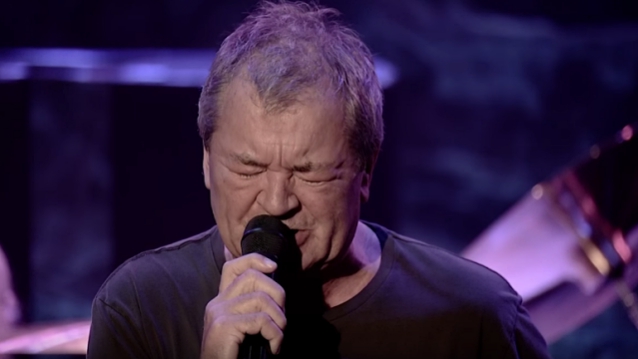 The Mark II lineup of DEEP PURPLE was honored with the "International Achievement" award at 2019 Ivor Novello songwriting awards, which was held Thursday night (May 23) at Grosvenor House in London, England.

Singer Ian Gillan, bassist Roger Glover and drummer Ian Paice attended the ceremony and picked up the award, a solid bronze sculpture of Euterpe, the muse of lyric poetry. They were honored alongside former PURPLE guitarist Ritchie Blackmore and late keyboardist Jon Lord.

The Ivor Novello organizers said they were "acknowledging an exceptional legacy that has inspired and shaped generations of hard rock musicians all over the world" by presenting the "International Achievement" award to DEEP PURPLE, which was formed in 1968 in Hertford, Hertfordshire.

Now in its 64th year, the ceremony celebrates excellence in British and Irish songwriting and composing, and also recognizes a number of artists for their wider contribution to U.K. music.