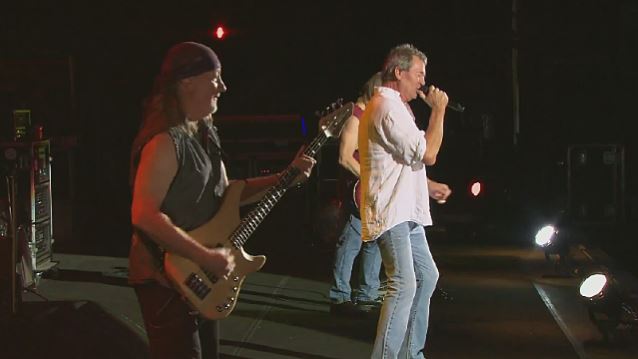 Filmed in the spectacular surroundings of the Arena di Verona, a Roman amphitheatre originally built in 30 AD, this concert from the summer of 2011 sees DEEP PURPLE joined on stage by the German Neue Philarmonic Orchestra for performances of all the band's classic tracks.

DEEP PURPLE remains one of the finest hard rock bands on the planet and is undoubtedly at its best when performing live. Here the orchestral arrangements give an added depth and range to the familiar songs and the band respond to both playing with the orchestra and performing in such a historical location to deliver a brilliant show in front of a huge and enthusiastic crowd.

Check out a performance clip of the song "Space Truckin'" from "Live In Verona" below:

DEEP PURPLE bassist Roger Glover recently told Ultimate Classic Rock about the progress of the songwriting sessions for the band's follow-up to last year's "Now What?!": "We didn't make a record for quite a while [after 2005's 'Rapture Of The Deep'] and now that we have — I think actually the gap between records really helped, because we were champing at the bit to write and record again.

"We had a writing session six weeks ago. We took a week in Portugal and funny enough, IRON MAIDEN's bass player, Steve Harris, is building a studio there. It's not quite finished, but he let us use the room, because the room was good. So we had about a week there and we've got about a dozen rough ideas down. So from here on out, there will probably be another writing session later this year and maybe we'll even start recording towards the end of the year — or certainly in the New Year."

Glover also described the actual writing process, telling Ultimate Classic Rock: "We jam and jam and jam, and if we find something that we like to play or that works well or inspires us, then we'll try to knock it into some kind of arrangement. Then, once we've got that, Ian [Gillan, vocals] and I will figure out what the song's really all about, and write the lyrics and all of that stuff."

"We've kept in touch with Bob," Glover said. "Bob has actually become a very good friend. He really enjoyed making the record with us, so it's a no-brainer really that we're going to do it again."

"Now What?!" sold 4,000 copies in the United States in its first week of release to debut at position No. 115 on The Billboard 200 chart. The CD was released in North America in April 2013 via earMUSIC, the Hamburg, Germany-based international rock label which is part of Edel Group. 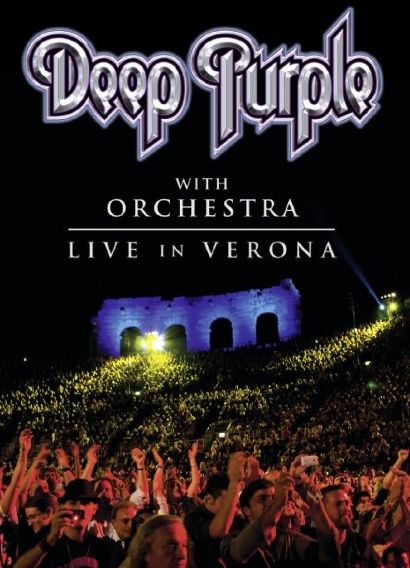