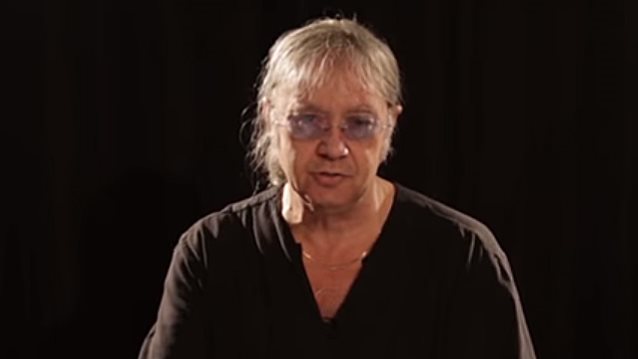 Drummer Ian Paice of legendary British hard rockers DEEP PURPLEspoke to music journalistGary Graff about the band's plans to record the follow-up to 2013's "Now What?!" album. He said: "We all come over to your huge country [USA] after the Christmas break. We start around the end of January. We go back into the studio in Nashville with [producer] Bob Ezrin [KISS, PINK FLOYD, PETER GABRIEL, ALICE COOPER, KANSAS]. We had such a great time making the last record that we just want to try and duplicate that the next time around. We've got plenty of material, probably more than we need, but there is a weeding process that, you know, happens when you start listening back in clarity. So, you know, the runts of the litter will be discarded and the best ten or eleven tracks will be worked on."

DEEP PURPLE bassist Roger Glover recently talked about the band's writing process, telling Ultimate Classic Rock: "We jam and jam and jam, and if we find something that we like to play or that works well or inspires us, then we'll try to knock it into some kind of arrangement. Then, once we've got that, Ian [Gillan, vocals] and I will figure out what the song's really all about, and write the lyrics and all of that stuff."

DEEP PURPLE's first new album in eight years, "Now What?!", topped charts in Germany, Norway and Austria and peaked at No. 19 in Britain.

"Now What?!" sold 4,000 copies in the United States in its first week of release to debut at position No. 115 on The Billboard 200 chart. The album was released in North America in April 2013 via earMUSIC, the Hamburg, Germany-based international rock label which is part of Edel Group.

DEEP PURPLE — which has been eligible for induction into the Rock And Roll Hall Of Fame for two decades now — will finally enter the Rock Hall as part of the class of 2016. The band's first three lineups are being inducted, including drummer Ian Paice, guitarist Ritchie Blackmore, late keyboardist Jon Lord, and various singers and bassists — Rod Evans; Ian Gillan and Roger Glover; and David Coverdale and Glenn Hughes.