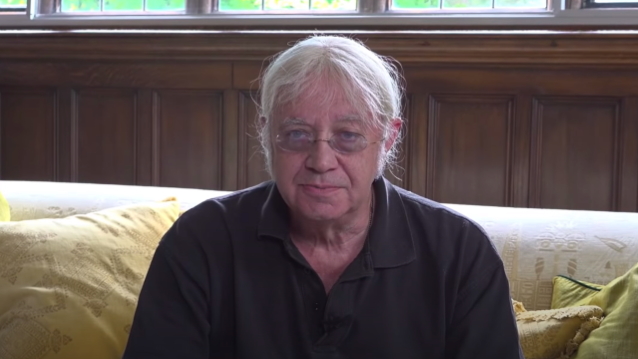 DEEP PURPLE's Ian Paice was asked during a recent question-and-answer session with fans if he has ever felt the need to play double-bass drums. He responded (see video below): "Well, not really. The only time I ever really did it was on 'Fireball' because it added something to the track. The way the riff rolled along, it needed that power of two kicks.