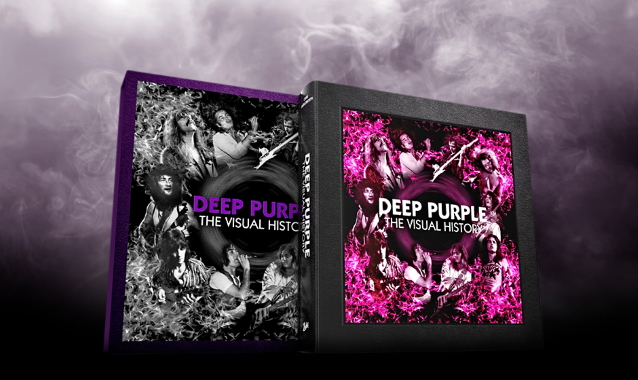 Rufus Publications has announced the publication of a redesigned and expanded edition of "Deep Purple: The Visual History", originally written in 1982-1983 by Chris Charlesworth.

Written with the full collaboration of the band and former management, here at last is the story of the group that was, for a decade, one of the greatest hard rock bands on Earth: DEEP PURPLE.

Renowned music journalist Charlesworth has revised his original text from the 1983 edition of his book and added new Introduction and Aftermath chapters. The new look book has been completely redesigned and expanded to over 500 color pages and now incorporates hundreds of photographs and images, some seen for the first time, including a series of unpublished images from the "Made In Japan" concerts from 1972.

Researched in 1982 through original interviews with members of DEEP PURPLE, the book covers the period between the band's formation in 1968 through to their eventual break-up in 1976. Forthright and remarkably detailed, it is the ultimate treasure trove of the era when DEEP PURPLE established their legendary status. The book is also personally signed throughout by six of the original band members from this time and comes in two editions.

Says Charlesworth: "Over the years I've been asked over and over again by fans how they could get hold of my DEEP PURPLE book. It disappeared from the shelves because the printers in Japan — like the Casino in Montreux — burned to the ground, taking the film for the book with it. But now, finally, here it is again, new and improved, with more pictures and more text. I hope you like it."

The Deluxe Collectors' Edition: A 300mm square, hardback book in vegan leather with a 3D lenticular on the cover. Printed on 170gsm art paper. This edition comes in a glossy, printed slipcase with a separate, vegan leather folder containing full-color reproductions of six tour programs from 1972 to 1976. Also included is a reproduction of a rare poster from 1971 and an additional poster of the book's cover. The book is personally signed throughout by Coverdale, Gillan, Glover, Hughes, Paice and Simper using caricature images created by renowned illustrator William Stout. Only 500 numbered copies will be made. This edition is available for £350 and discounted to £299 if ordered before February 28, 2023.

The Standard Edition: A 300mm square, hardback book with printed cover and presented in a cloth bound slipcase. This edition is available for £99 and discounted to £79 if ordered before February 28, 2023. 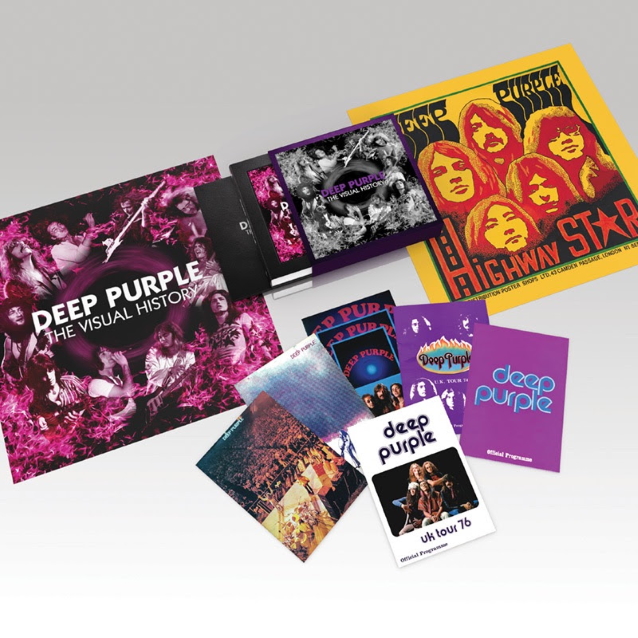