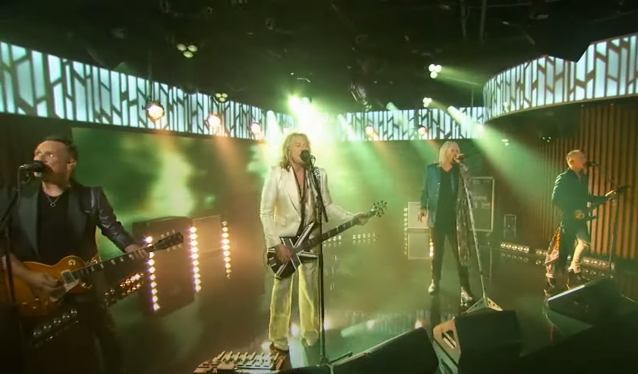 DEF LEPPARD played a three-song mini-set on last night's (Wednesday, May 25) episode of ABC's "Jimmy Kimmel Live!" The trio of "Rock Of Ages" (from DEF LEPPARD's "Pyromania" album),"Hysteria" and "Pour Some Sugar On Me" (both from "Hysteria") can now be seen below.