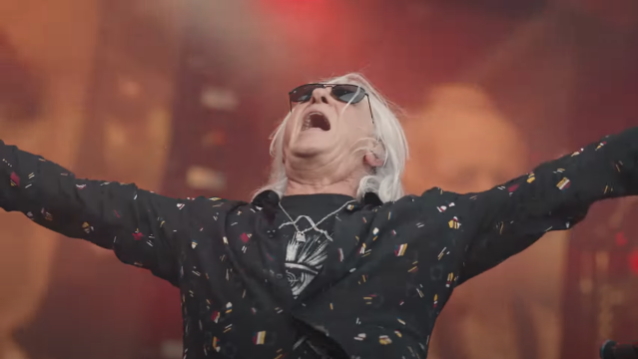 DEF LEPPARD Takes You Behind The Scenes In St. Louis And Chicago On 'The Stadium Tour' (Video)

DEF LEPPARD has released the fifth in a series of behind-the-scenes episodes from "The Stadium Tour", which kicked off on June 16 in Atlanta, Georgia. Episode 5 takes you backstage with the members of DEF LEPPARD in St. Louis and Chicago as they change up the setlist, share the stories behind the names of of guitars and more.