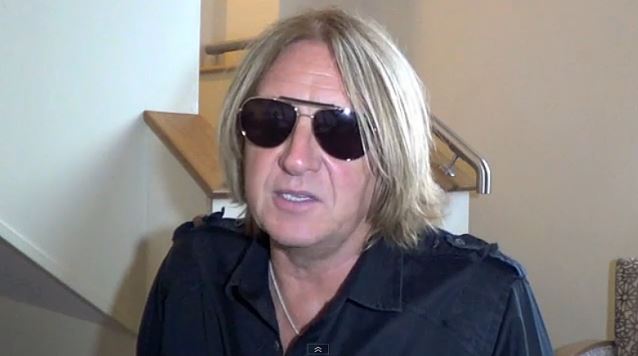 Said Joe in a statement posted on DEF LEPPARD's web site: "About 7, maybe 8 years ago, Phil Everly came to see us and was a very gracious guest. He stayed to the end, came back to say hi and told us that it's great to hear a band do what you do without any damn tapes! There was a collective swelling of pride in the dressing room when we heard those words from one of the best harmony singers of all time.

"What an honor to be in the same room as him and hear him say such nice things; [he was] a true gentleman."

DEF LEPPARD guitarist Phil Collen told Artisan News that the band will enter the studio on February 1 to begin work on the follow-up to 2008's "Songs From The Sparkle Lounge".

Collen revealed in a separate interview that the band has plans to record both an EP and full-length album. He explained: "An album would obviously take too long, so we're gonna do about four or five songs, get those out and then [later in the] year have an album come out, so it'll be an EP and an album."