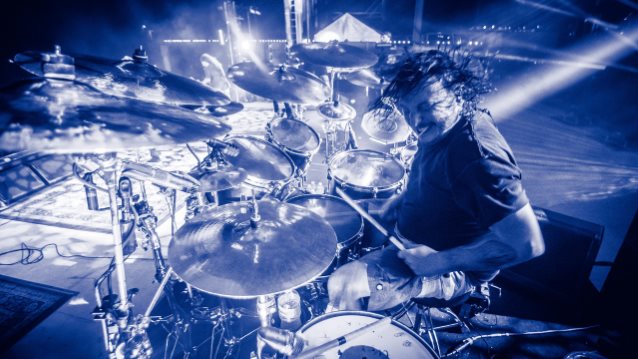 DEFTONES Drummer Has Found His Sticks

Cunningham's new drumstick design is a perfect stick choice for when a 5B is too light and a 2B/Rock model is too heavy. The slightly enlarged diameter, heavier taper and little extra length make Abe's model great for harder-hitting drummers but is also very suitable for laid-back/solid-groove playing. The medium-sized acorn tip delivers warm-but-articulate tones from around the kit.

Said Abe: "Offering balance, consistency, great feel and ultimate durability. My Vaters bring me pure joy and peace of mind. My search is over… I have found my sticks!!!"

DEFTONES is continuing to tour in support of its latest album, "Gore", which debuted at No. 2 on The Billboard 200, having shifted 71,000 equivalent album units in the week ending April 14, 2016. It was the band's highest-charting effort since their self-titled fourth album bowed and peaked at No. 2 in 2003.