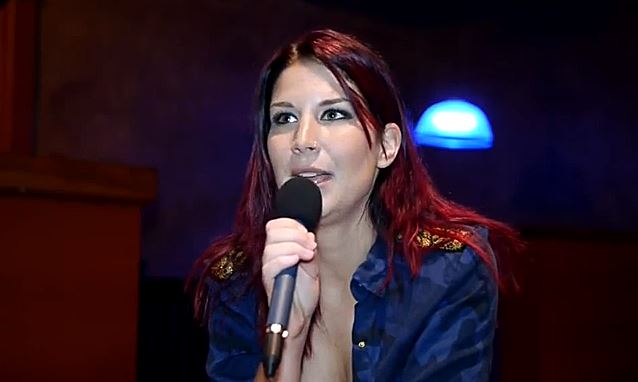 Germany's Metal-Trails.com conducted an interview with singer Charlotte Wessels of Dutch symphonic metallers DELAIN on October 19 at this year's edition of the Metal Female Voices Fest at Oktoberhallen in Wieze, Belgium. You can now listen to the chat in the YouTube clip below.