Comments DELAIN: "We have never had so many milestone events in one year. The release of our EP, 'Lunar Prelude', our fifth studio album, 'Moonbathers', our upcoming 10-year anniversary celebrations and live registration, and there is still more to come. All of this while playing our most heavy touring year ever. We are on a roll, and our new album, 'Moonbathers', is here to embody that. We hope you will enjoy this new effort and join us on our endeavors making 2016 the biggest year for DELAIN ever!"

"Moonbathers", mastered by Grammy Award winner Ted Jensen, will satiate your hunger for the symphonic greatness, catchy hooks and a solid dose of metal that the band is known for. It showcases DELAIN from both their most extravagant and sensitive sides as they explore all things nocturnal through an especially varied set of tracks, including a surprising cover of classic rock legends QUEEN as well as a reappearance of Alissa White-Gluz (ARCH ENEMY) as a special guest on opening track "Hands Of Gold".

DELAIN singer Charlotte Wessels told Xpress Radio about the songwriting process for "Moonbathers": "For this new album, we cut up… Normally, you would like to take a few months to go into writing mode, to go into recording mode, and then go and put it all together. But we never really had the time for that this year. We kind of did a few writing blocks and a few recording blocks and a few production blocks. I really like the way that has allowed us to keep touring and to not take a break on anything else we were doing. On the other hand, I do also like the feeling of really immersing yourself in that creative process, and for my taste, we've been having to move on very soon. It's not really saying that one is better than the other, but everything comes with a price. And last time we were really, really busy touring, and I wouldn't have done anything else, but you do notice that for everything that you want to do, there's something else that you cannot do. So now we solved that challenge by kind of cutting up that whole production of the new album in different blocks. And I think it was a creative solution that worked."

Regarding the musical direction of the new DELAIN material, Charlotte said: "Listening to the album now, I think that in the style of the songs, it really goes in… It's more varied than our… Like, the production is a lot like our last album, because we really like the mix and we really like the master, so we chose to handle some of those the same, with the same people. But at the same time, if you listen to the songs… For example, on the last album, there wasn't like a real 'ballad ballad,' and there is on this record, but also it has probably some of the loudest tracks. Amd then there is like a really uptempo rock kind of track. There's really a lot of different stuff there, but the overall feel is really dramatic, and I like that. There's not one particular thing that I can pinpoint as being different, but I think in a way that the album is kind of going from one end of the style spectrum to another on this record, I think that's pretty interesting."

As previously reported, DELAIN will celebrate its tenth anniversary with a special show in Amsterdam on December 10 that will also be recorded and filmed for a release on CD, DVD and Blu-ray.

DELAIN released a new EP, "Lunar Prelude", on February 19 via Napalm Records. Mastered by Grammy Award-winning engineer Ted Jensen, the set offered two brand new songs in the shape of the catchy "Suckerpunch" and the melancholic "Turn The Lights Out". "Don't Let Go" (taken from 2014's "The Human Contradiction") came in a brand new version, while the EP also contained four live cuts, as well as an orchestral reprise of "Suckerpunch".

DELAIN recently announced the addition of guitarist Merel Bechtold to the group's ranks. 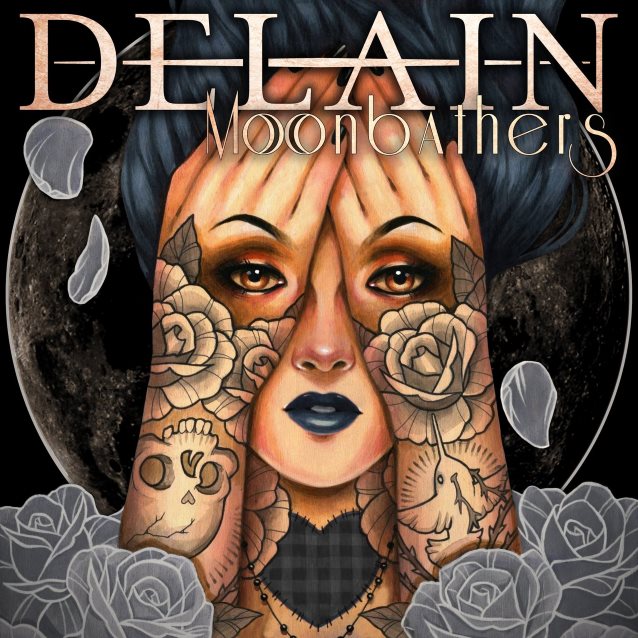