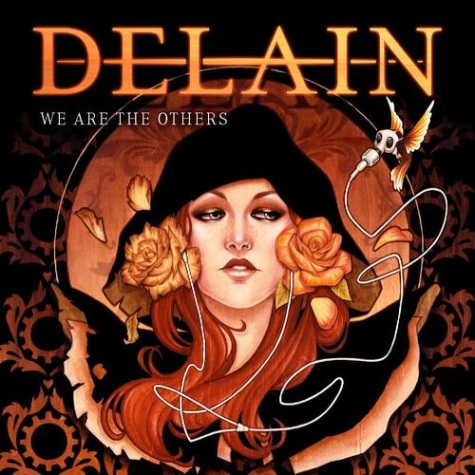 DELAIN: 'We Are The Others' To Receive North American Release Via SENSORY RECORDS

"We Are The Others", the third full-length studio album from Dutch female-fronted symphonic metallers DELAIN, will be released in North America this summer via the New Jersey-based top-tier progressive metal label Sensory Records. CNR Entertainment will handle the release in The Netherlands and Roadrunner Records will issue the CD in the rest of Europe.

"We Are The Others" track listing (North American version):

The lead single, "Get The Devil Out Of Me", hit stores on April 13 (April 15 for U.K.) to coincide with the start of the band's European tour.

The "Get The Devil Out Of Me" video can be seen below. The clip features footage from the recording sessions for the new CD and live material, including footage from the Sonisphere festival in the U.K. (used with kind permission of BlinkTV).

Described as "the band's most powerful, most atmospheric and intoxicating album to date," "We Are The Others" was helmed by producer Jacob Hellner — renowned for his work with RAMMSTEIN, CLAWFINGER and APOCALYPTICA — while the vocals were tracked with the Epicentre team of Fredrik Thomander and Anders Wikström (SCORPIONS, BACKYARD BABIES).

At first glance, some songtitles on "We Are The Others" may sound mysterious and conspiratorial, but there is a very serious background: The lyrics to the title track were inspired by the hate crime against a British girl named Sophie Lancaster in 2007. She and her boyfriend were beaten comatose by a gang of youths, because of their goth looks, and Sophie later died from her injuries. This tragedy sent shockwaves throughout the world.

Commented singer Charlotte Wessels: "Sophie's story hit close to home for us, being part of a subculture ourselves but it's in no way an individual case; people are discriminated against — all the time, to the point of violence — based on their cultural or ethnic background everywhere.

"'We Are The Others' is our own 'outsiders anthem' for everybody who, deliberately or not, diverts from the norm. Whether it's by looking different, acting different, or choosing a different path in life then is expected from you."

"Get The Devil Out Of Me" video: