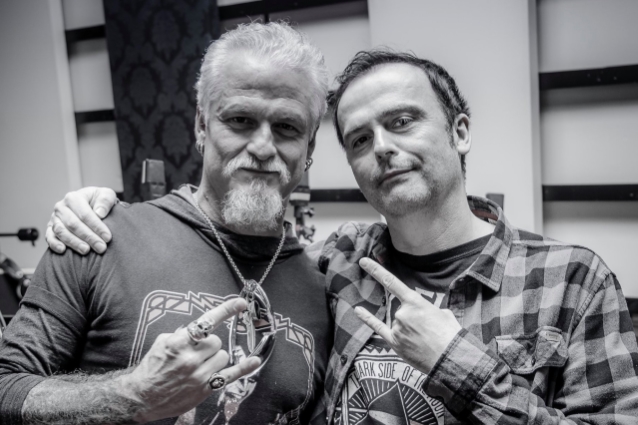 The DEMONS & WIZARDS touring lineup will be as follows:

Remastered by Chris "Zeuss" Harris (ICED EARTH, QUEENSRŸCHE, SANCTUARY),"Demons & Wizards" (2000) and "Touched By The Crimson King" (2005) will also be released as expanded deluxe editions on June 7. The expanded editions will feature liner notes by Kürsch and Schaffer as well as bonus material and will be released as a limited-edition digipak, deluxe 2LP with etching and LP booklet as well as digital deluxe editions.