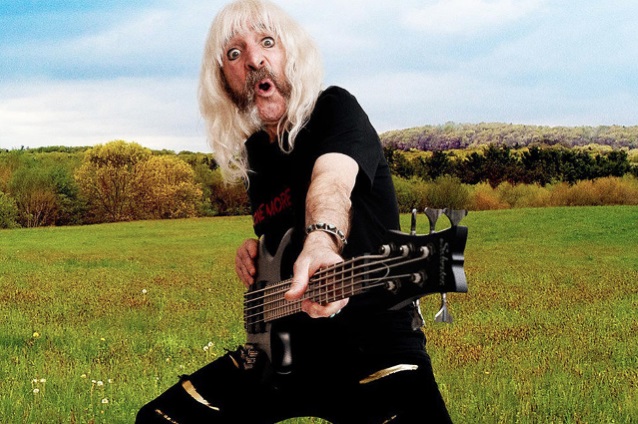 On why it took so long for him to record a solo album:

Derek: "I kept thinking that SPINAL TAP was going to un-dissolve. We don't break up, but we do dissolve a lot, much like a fast-acting pain tablet. After 2009, we played Glastonbury festival outside London and Wembley Arena in London, and I thought, 'Right, here we go,' and I waited for the phone to ring. It didn't ring, so naturally, the first thing I did was call the telephone company and go, 'Is there a problem?' They said no, and I realized, no, it was the band dissolving again. I did a few other things, and I ended up in Albania hanging with a friend, Eddie Drake, who has a near-death metal band called CHAINSAW VERMIN. I would sit in with them every once in a while, and I thought, 'This is not the way it's going to end, being a sit-in bass player [with] CHAINSAW VERMIN.' I saw this advert from a U.K. outfit called the British Fund For Aging Rockers, and they're giving grants. Apparently, this is the money left over from austerity. I applied for it, and that's how this record came to be made. I didn't want to wait any longer."

On the album's material:

Derek: "They're all new songs. I wrote one with [SPINAL TAP vocalist] David St. Hubbins when we thought we were going to do a SPINAL TAP tour. That's called 'It Don't Get Old'. The others were all written specifically for this record, because when the Fund For Aging Rockers was interviewing me, they said, 'Well, what's your idea?' I said, 'My idea is that you give me money and I make a record.' They said, 'No, no, no — what's your idea, idea?' — they said it twice, as if that meant something — and I thought, 'They say write about what you know. What do I know about? I know I'm getting older.' So that became the theme of the record. They said, 'Well, don't you think you're narrowing your target audience a bit doing that?' I said, 'There are only two types of people in the world — people who are getting older, and dead people. So we're aiming at the active part of the market."

On inviting several notable guest musicians to appear on the album:

Derek: "I knew Steve Lukather and [Joe] Satriani and Dweezil [Zappa], because they played on the SPINAL TAP record from 1992, 'Break Like The Wind'. The other players — Steve Vai, Richard Thompson, Rick Wakeman, Donald Fagen, David Crosby and Waddy Wachtel — we just took a flier. We rang them up and said, 'Please ring us back.' Then we rang them back and said, 'Please ring us back.' Finally, when they did, I have to say there was such a feeling of generosity and love in the response. I think it was summed up by one of the blokes who said, 'Sure, man, it's a pity-fuck.' I took that as a great compliment, because I'd been on the other side of that equation myself."

On staying true to his musical roots:

Derek: "Electronic music is too clean. There's not nearly enough distortion in it. I think rock, to move people, to get them off their sofas or their recliners, there's got to be distortion. There's got to be something really ugly-sounding. Then the drums give them the motivation to stay up and keep moving. I think that clean, electronic sound leaves you in a lump on your sofa."

Smalls recently performed with the Louisiana Philharmonic Orchestra at the Saenger Theater, New Orleans. He is also planning a special appearance with the National Symphony Orchestra at the Kennedy Center in Washington, D.C. (additional details to be announced soon). 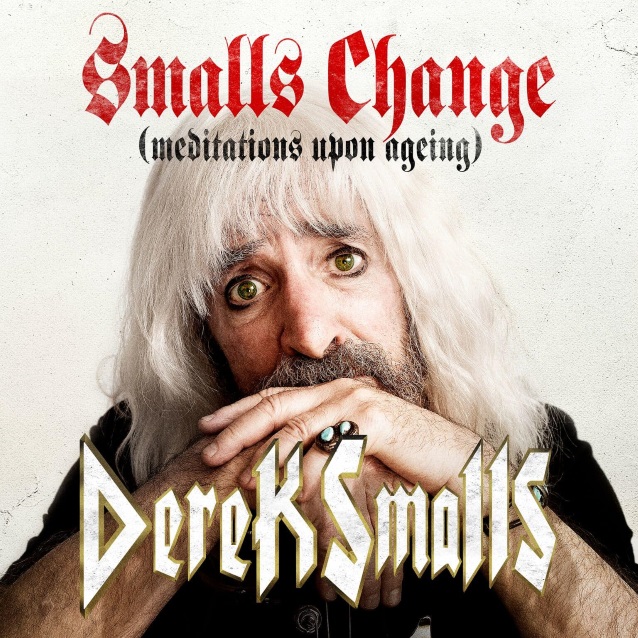