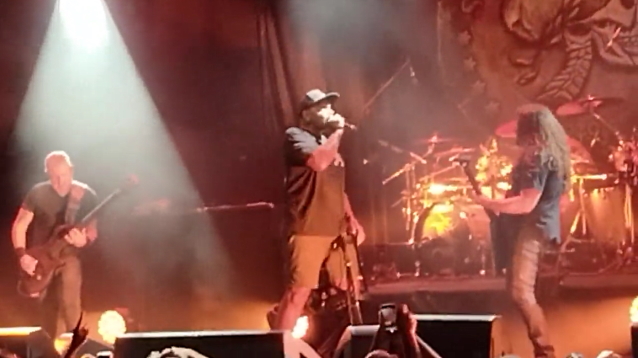 Brazilian/American metallers SEPULTURA played their first show in two years last night (Saturday, February 12) at Circo Voador in Rio de Janeiro, Brazil. The concert was also notable for the fact that singer Derrick Green wore a brace on his left leg after apparently breaking his foot not long ago.

A short time after the gig, Green shared a few pictures of the concert on his Instagram and he included the following message: "Incredible feeling to play our first @sepultura show again after two years, even with a broken foot!! Muito obrigado Rio de Janeiro!! #sepultura #riodejaneiro #circovoador #metal #grateful".

While the pandemic paralyzed the entire world and prevented bands from touring, the members of SEPULTURA refused to sit back and feel like animals trapped in a cage. Therefore, in early 2020, the legendary Brazilians, along with their American vocalist, seized the moment to start their own weekly "SepulQuarta" video podcast in which they invited other famous musicians from all over the world to not only discuss important topics but also perform a track from SEPULTURA's massive catalog together with the band. The resulting full-length compilation was released last August, with the album containing 15 classics featuring internationally renowned guests and friends. 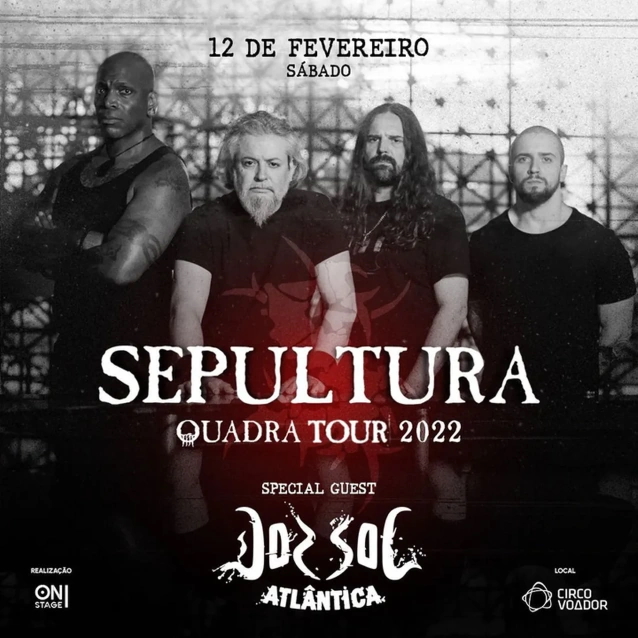