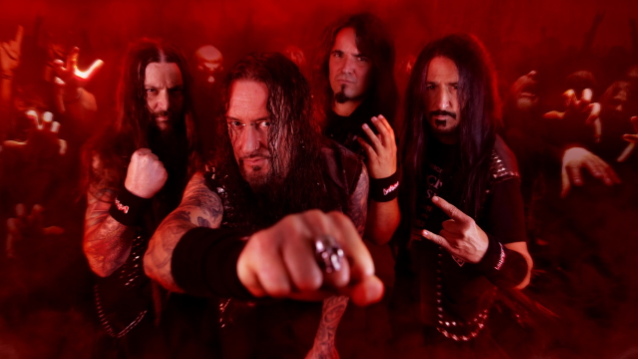 German thrash metal veterans DESTRUCTION will not only will celebrate their 40th anniversary by dropping their mind-blowing grenade of a new album, "Diabolical" (out April 8, 2022 via Napalm Records),they will also hit the road in North America on a 26-date headline tour this spring.

Featuring direct support from prime thrash metal force and labelmates NERVOSA, the tour will also feature special guests SUNLORD and VX36. The run will kick off on April 28 in Brooklyn, New York and hit a slew of cities before coming to a close with a DESTRUCTION-only performance at Maryland Deathfest in Baltimore, Maryland on May 29. Tickets are on sale now via individual venues.

DESTRUCTION bassist/vocalist Schmier says: "Yes — we are super thrilled: the first tour of the new record, 'Diabolical', will kick off in North America. We could not tour there on the last album because of the pandemic, so we made it a top priority to return as soon as the circumstances would allow us, to play for our American fans again!

"We are bringing our friends NERVOSA along — they are a perfect match! We toured together before and the pits were smoking! They also haven't toured in the USA or Canada in a long while. This is a killer package and we are super excited! See you all for a serious beating!!!"

NERVOSA guitarist Prika Amaral adds: "This will be a super fun tour with legends and friends — NERVOSA with DESTRUCTION touring for the third time together, but this time in North America, and NERVOSA with the new lineup. Be prepared for a thrash massacre! We can't wait!"

Last August, DESTRUCTION officially parted ways with founding guitarist Michael "Mike" Sifringer and replaced him with Martin Furia. The Argentinian-born, Belgian-based Furia is best known for his work as sound engineer and producer for such bands as NERVOSA and EVIL INVADERS. 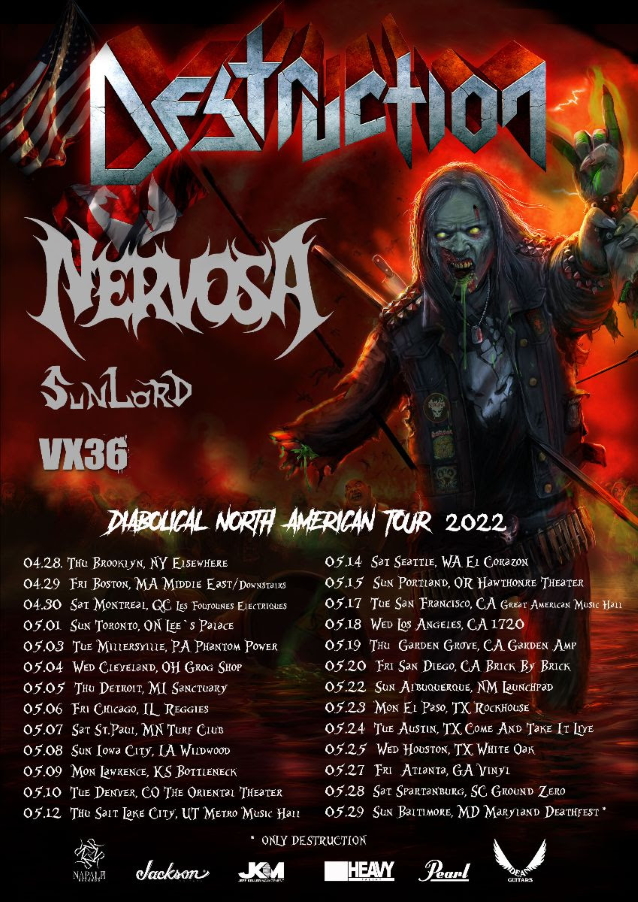