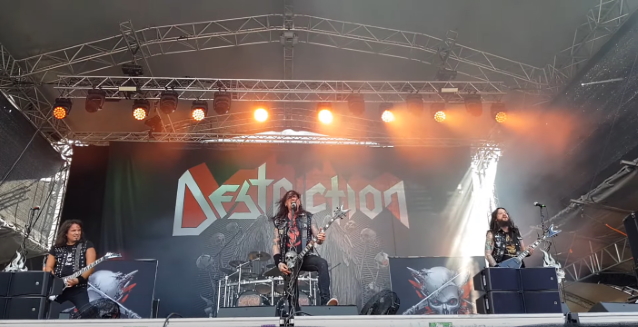 German thrashers DESTRUCTION performed without founding guitarist Michael "Mike" Sifringer on July 16 at the Area 53 Festival in Leoben, Austria. Earlier today (Friday, July 30),DESTRUCTION frontman Schmier took to his Facebook page to address questions about Mike's absence, writing: "I have received several messages, why we have played with a different guitarist in Austria at Area 53 Festival and I understand your concern. As much as I know, Mike is doing ok. Thanks for writing and asking!" He then clarified: "Well he is not really answering my e mails, communication is difficult at this point. So I m not sure how he is doing.

"There was a problem that lead to the decision to carry on without him for now and there will be a statement in August explaining the situation.

"I am in this weird situation to lead the band in difficult Covid-times and we have been very productive and have already recorded the new album and are fully confident & ready for the festivals coming up.

"Please understand that this is a super difficult situation for me and we will release the statement when all things are sorted and clear. (Planned is August 19th for this) Nevertheless DESTRUCTION will continue to Thrash till Death ...

"Sorry about these uncomfortable news, it was not my decision, he decided to leave the band. Please stay tuned for the official statement ASAP!!!"

Sifringer is the only member of DESTRUCTION to have remained constant throughout the band's career. Schmier appeared on DESTRUCTION's first three albums before leaving the band and being replaced by POLTERGEIST vocalist André Grieder. André's sole recorded appearance with DESTRUCTION was on the "Cracked Brain" album, which came out in 1990. Schmier rejoined DESTRUCTION in 1999.

DESTRUCTION will release a new Blu-ray and CD, "Live Attack", on August 13 via Napalm Records. The 22-song release includes footage of the band's nearly two-hour livestream concert from January 2021 at the legendary Z7 venue in Pratteln, Switzerland.

In May 2020, DESTRUCTION delivered a treat for fans stuck at home and unable to attend live shows: "Born To Thrash - Live In Germany", the band's first live album with the most lineup, was made available digitally on all streaming and download platforms.

DESTRUCTION's latest studio album, "Born To Perish", was released in August 2019 via Nuclear Blast. The disc was recorded in January and February 2019 with V.O. Pulver (PRO-PAIN, BURNING WITCHES, NERVOSA) at Little Creek Studios in Switzerland and is the first DESTRUCTION album to feature Randy Black on drums and second guitarist Damir Eskic. 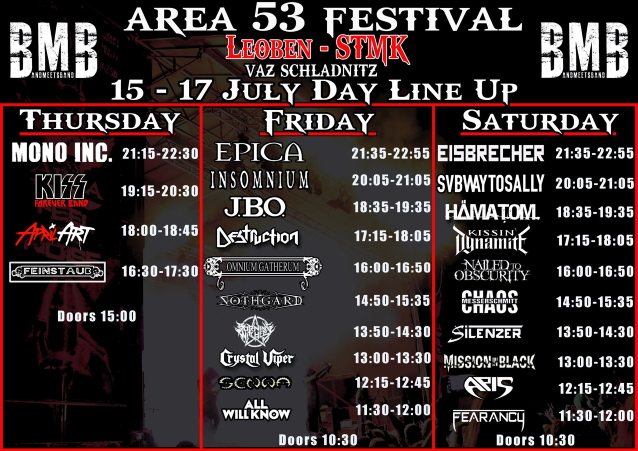