California metallers DEVILDRIVER have parted ways with their guitarist of the last six years. Neal Tiemann. Tiemann, formerly of BURN HALO, joined the band in 2015 as the replacement for Jeff Kendrick, who left DEVILDRIVER in October 2014.

Earlier today (Sunday, October 3),DEVILDRIVER frontman Dez Fafara released the following statement: "It's at this time we are announcing the parting of ways with Neal. Neal filled in a time when we needed him most , we thank him for his touring & song writing efforts in DEVILDRIVER….it was an honor to have jammed with him. Adios Amigo good luck in whatever you do."

In a 2016 interview with Distorted Sound, Fafara stated about Tiemann's addition to DEVILDRIVER: "He basically replaced a departing member that had a lot of problems with other members due to lack of contributing to songs. The difference is that Neal came in with 12 songs [for 2016's 'Trust No One' album]. Usually you bring in a new member and you're, like, 'Dude, you need to sit out for like a year and a half.' But it wasn’t like that. We let everyone come in with what they have and the first song that we released [from 'Trust No One'], 'Daybreak', was Neal's. A lot of people didn’t know that I was working on a side project with him for like a year and a half before he joined, so I already wanted to do something with him and then the opportunity came for him to be in DEVILDRIVER."

Last year, DEVILDRIVER announced a new double album, "Dealing With Demons". The first volume — titled "Dealing With Demons I" — droped in October 2020 via Napalm Records and marked the band's first release of new, original material since "Trust No One". 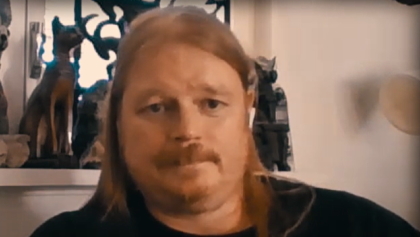