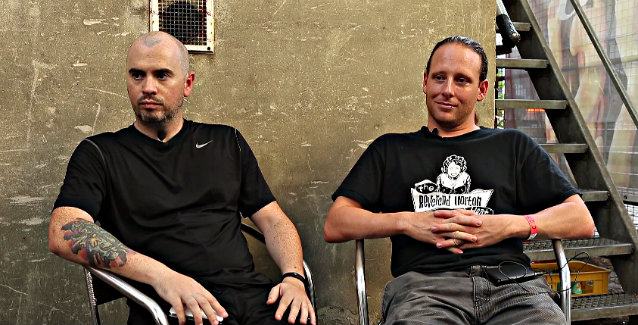 On August 16, guitarists Jeff Kendrick and Mike Spreitzer of California metallers DEVILDRIVER were interviewed by GuitarMania.eu in Vienna, Austria. You can now watch the chat below.