Canadian heavy music artist Devin Townsend has announced the dates for the "Empath Europe - Volume 1" tour in November. The trek will follow the March 29 release of his new album, "Empath", via InsideOut Music.

Devin comments: "After a year of intensive recording, mixing, and reflection, I have decided where I want to take the next level of my career as a live performer.

"I have had success and great memories from both the DEVIN TOWNSEND PROJECT as well as STRAPPING YOUNG LAD, but now I am fortunate enough to be able to follow the muse where it currently leads. I am proud to announce that for the first 'band' tour of the 'Empath' cycle, I am going to stretch my wings in ways I have not had the opportunity to do before and tour with a 'backing band' that can shift and morph as the music dictates instead of adhering to a click track. 'Empath Europe Volume 1' will be the first example of this, and the first tour will be in Europe (other territories to follow).

"I have spent considerable effort think about the things I wanted to do for these shows, and one thing I came out of DTP with was the awareness that I wanted to incorporate a more improvisational element to what I do. With the best players I can find, my plan is to interpret my back catalogue, as well as the 'Empath' material, in ways that may change nightly. less computers, and less of a rigid structure. I want to use 'Volume 1' as a way to bring my music to people in a potentially new way. People playing music...

"I hope you will consider joining me at these concerts. As a performer, it's important to be able to be willing to react, and my hope is that each of these shows will be a unique experience.

"Thank you for allowing me to do what I do. See you there?" 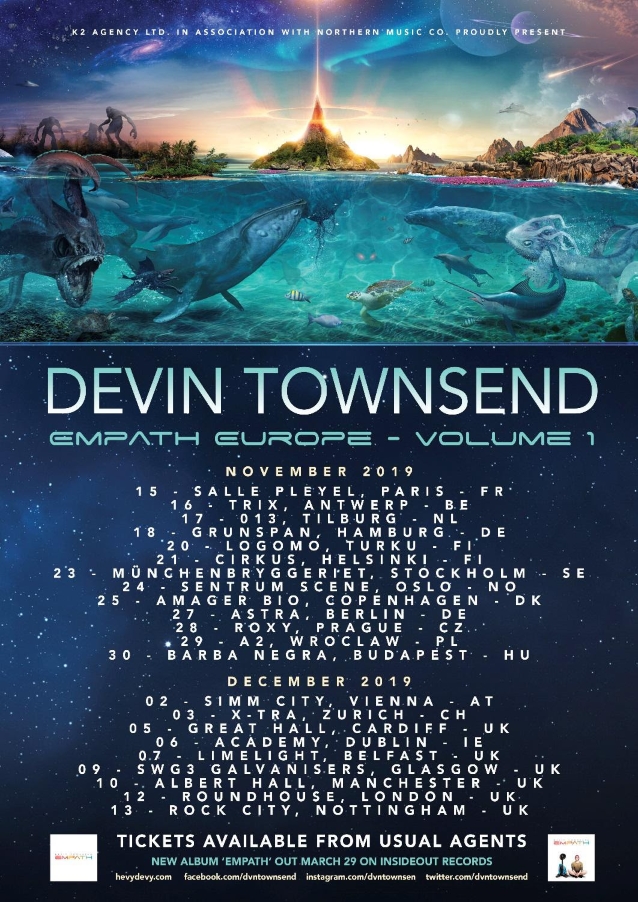