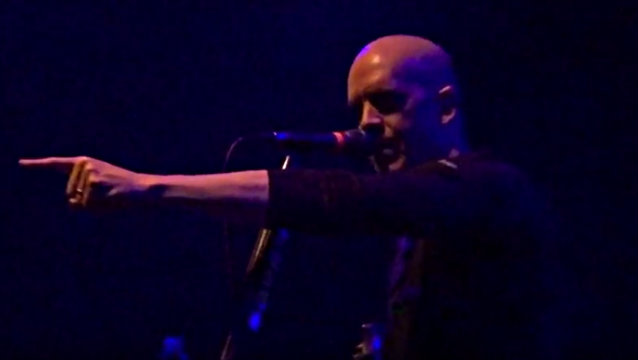 Fan-filmed video footage of DEVIN TOWNSEND PROJECT's entire September 29 concert at GlavClub in Moscow, Russia can be seen below.

Recorded at The Armoury Studios in Vancouver, Canada with Townsend and Adam "Nolly" Getgood (PERIPHERY, ANIMALS AS LEADERS),"Transcendence" sounds absolutely massive. From the moment "Truth" — a re-work from the "Infinity" album — monstrously blends into the soul-stirring "Stormbending" to the undulating cool of mid-point jam "Secret Sciences" and WEEN cover "Transdermal Celebration", Townsend and crew have engineered a modern-day classic. The sheer scale of tracks like "Failure", "Higher" and the majestic title track is at once daunting and inviting. "Transcendence" pulls the listener in like a movie score.