DIES IRAE: 'The Art Of An Endless Creation' DVD+CD Pushed Back To January

DIES IRAE, the Polish band featuring former VADER members Maurycy "Mauser" Stefanowicz (guitar) and Marcin "Novy" Nowak, has had the release date of its brand new DVD+CD entitled "The Art of an Endless Creation" pushed back to January 12 in Europe (through Metal Mind Productions) and January 20 in the USA (through MVD).

"The Art of an Endless Creation" contains a DVD featuring a concert the band played in 2005 at the Metalmania Festival in Katowice, Poland as well as bonus video clips for the songs "Lion of Knowledge" and "The Art of an Endless Creation", a bootleg video from a gig the band played as part of Empire Invasion Tour 2004 (at which they joined by DECAPITATED drummer Witold "Vitek" Kieltyka),bonus audio (featuring DIES IRAE's entire 1996 demo "Fear of God") and more.

"The Art of an Endless Creation" track listing:

I. Die of Satan

Formed in 1992, DIES IRAE underwent many personnel changes at the beginning of its career before settling on its final lineup constisting of Mauser, Krzysztof "Doc" Raczkowski (late VADER drummer),Novy, and Hiro (guitar). 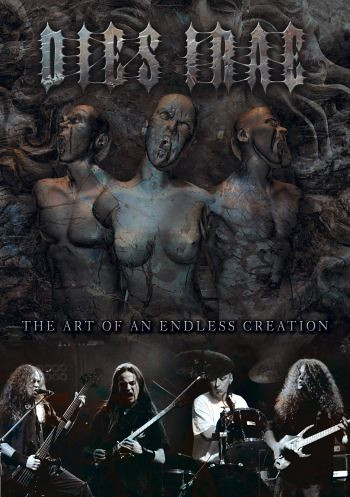