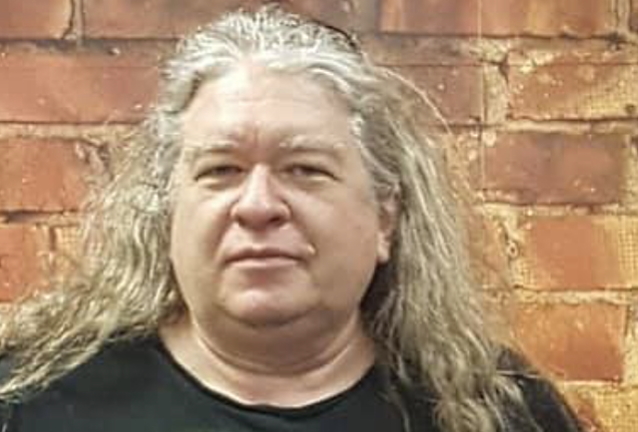 Buddy "Blaze" Webster, the instrument designer who alleged that he hadn't been paid for sales of the late PANTERA guitarist "Dimebag" Darrell Abbott's classic "Dean From Hell" guitar, which he said he helped create, died over the weekend. No cause for his death has been revealed.

In April 2017, Webster filed a lawsuit against Armadillo Enterprises, the parent company of Dean Guitars, and Dimebag's estate, claiming that "Dean From Hell" was designed in the 1980s after Webster met and developed a friendship with Dimebag. In November 2018, a judgment was entered in favor of the defendants in the Middle District of Florida, where the suit was transferred in July 2017. There is a three-year statute of limitations on copyright actions, and because Webster's dispute was about copyright ownership, the window in which he could file his lawsuit had long passed, the judge said while dismissing the case. In January 2020, Webster's attorney told a three-judge 11th Circuit panel that the designer was entitled to a trial and asked the judges to reverse the lower court's decision. But three months later, an 11th Circuit appeals court rejected Webster's challenge, agreeing with the federal court that the period in which Webster could have sued expired "years before" he filed his 2017 federal lawsuit.

Earlier today (Wednesday, August 18),Webster's attorney, Eric Bjorgum of Karish & Bjorgum paid tribute to his former client, writing on Facebook: "I was lucky to represent Buddy in a dispute over the design of 'Dimebag' Darrell Abbott's 'Dean From Hell' guitar design. Buddy had helped discover the young Darrell, and when Darrell sold a guitar he won in a contest, Buddy secretly bought it back, had it repainted and hot-rodded it into what would become Darrell's favorite guitar. Things got weird after Darrell's passing, money was made, the lawyers were called in and blah blah blah.

"But despite the rancorous circumstances of our meeting, Buddy and his wife Joyce (together since they were 16) quickly became my friends first and clients second. He had endless stories of famous musicians and giant jars of guitar picks he let me wade through. (I got a full set of Spinal Tap picks out of it.) Buddy's enthusiasm for making guitars and supporting young musicians was unparalleled. After making a name in Dallas, he was whisked away to Kramer Guitars in New Jersey in the heyday of hard rock/metal to do artist relations and guitar set up guitars for too many acts to mention. He designed the 'Nightswan' with Vivian Campbell when Vivian was between DIO and WHITESNAKE. With the Dean From Hell and Nightswan, Buddy was the rare independent luthier who designed two classics.

"In our case, when his reputation was questioned, I had to drag out of him that he had teched for or made guitars for a jaw dropping list of guitarists/bands including Chris Isaak, Stevie Nicks, Trent Reznor, Waddy Wachtel, Ronnie Montrose, Steve Vai, Tom Scholz, Slash, Mark Kendall/GREAT WHITE, Larry Carlton, Geezer Butler, Kinley Wolfe, Dave Meniketti and many more.

"When I asked him why he had given up the lucrative job of being a traveling tech for top artists, he said that most of all he wanted to make guitars that would musicians would play for decades. He hated it when his guitars were bought up for the Hard Rock to be on a wall somewhere. "Before moving back to Dallas, he revamped his guitar shop in Hawaii, where the locals quickly accepted him and recognized his character.

"Most of all, Buddy loved finding new talent and supporting bands. No matter what happened in Court, it was all a precursor to the adventure that Buddy and Joyce had in store for me later.

"When I first met Buddy in person, we had a series of emotional depositions in Dallas, and at night he and Joyce would ferry me around to different clubs to meet musicians and see bands. I was almost passed out from exhaustion when they insisted on driving 20 miles to a bar in a strip mall where we saw incredible soul artists on a random weeknight. Of course the bartender knew Buddy and all drinks were on the house.

"The day we argued in the 11th Circuit in Atlanta, one of Buddy's clients paid for us to Uber 50 miles to see him play a Blaze bass at a BBQ, and Buddy was once again treated like royalty.

"Buddy was so proud that he had been a mentor for Dimebag Darrell and discovered other talent like Sam Bam Koltun (whom he encouraged to leave home for LA and now plays with FASTER PUSSYCAT, making them sound better than they have in years). Last time we talked, he had a new kid, from Dallas, who he swore was going to be the next big thing.

"There's little doubt that with his passing Buddy's reputation as a guitar maker will only grow. I was always blown away that he was not more famous, and he gave our firm a great lawyer compliment once, stating that if, earlier in his career, he had met like us who would really fight for him, things might have been different. That felt good to us, but it is small recompense for the loss that music and the world has suffered with the loss of Buddy 'Blaze' Webster. I cannot imagine what Joyce is feeling. Buddy Blaze – RIP."

In his original lawsuit against Armadillo Enterprises, Webster said that he was living in Arlington, Texas in the 1980s when he "befriended a young local guitarist named Darrell Abbott. Abbott was incredibly talented and was a member the band 'Pantera'," the lawsuit added. "One of Darrell Abbott's guitars is a model made by the Dean Guitar company, known as a Dean ML, which he won in a local contest.

It brings me great sorry to tell you all that one of Great White's former guitar techs passed away yesterday. His name...

Great White Statement on the Passing of Buddy Blaze:

Buddy was a guitar making legend in the industry but more...

Just learned of the passing yesterday of a personal influence and role model in metal guitardom ... not me as a player...

We are a Family first and a Live Concert Venue second. We have created incredible memories with our family and friends,...

This one hits really hard… it doesn't feel real but I'm going to try my best to write something.

On Sunday, I was shocked to learn that master luthier and master human being Buddy “Blaze” Webster passed away. I was...