Ronnie James Dio's sinister howl and wicked songcraft bewitched hard rock fans in the seventies and eighties during his memorable stints with ELF, RAINBOW and BLACK SABBATH. In 1983, the singer formed his own band, launching a successful solo career that led to ten studio albums and sales of more than ten million records around the world.

Rhino will release two versions of "A Decade Of Dio: 1983-1993", first on CD and then on vinyl. Both versions come housed in boxes featuring new artwork by Marc Sasso, who was responsible for many of the band's iconic covers. The CD set will debut on July 22 for a list price of $34.98.

The vinyl incarnation of the set will be available on October 4 for $99.98, and comes with a bonus seven-inch single. On the first side is the 1983 version of "Evil Eyes", which was originally released as the b-side on the "Holy Diver" single. In addition, this version is different from the one featured on the 1984 album "The Last In Line". The flip side features "Time To Burn", which was the only studio track featured on the otherwise live release "Intermission" (1986).

After two albums with BLACK SABBATH, Ronnie James Dio left in 1982 and formed DIO with fellow SABBATH bandmate Vinny Appice on drums. The group's platinum-selling debut "Holy Diver" arrived in 1983 and is now revered as a heavy metal masterpiece, including two songs that would become rock signatures: the title track and the epic "Rainbow In The Dark".

The band returned the following year with "The Last In Line" (1984),which became the band's second platinum seller and included the single "Mystery", as well as "We Rock", a song the band often used to close its shows. "Sacred Heart" (1985) achieved gold certification and introduced fans to the concert staple "Rock N' Roll Children". DIO's fourth studio album, "Dream Evil" (1987) included the singles "All The Fools Sailed Away" and "I Could Have Been A Dreamer".

In the nineties, the group released two more stellar studio albums. "Lock Up The Wolves" arrived in 1990 and featured the single "Hey Angel" and rocking title track. Following a brief reunion with BLACK SABBATH in 1992, DIO returned with "Strange Highways" in 1993. The album featured future fan favorites like "Jesus, Mary And The Holy Ghost", "Evilution" and the title track.

Although Ronnie James Dio lost his battle with stomach cancer in 2010, his towering voice and legacy live on. The Ronnie James Dio Stand Up And Shout Cancer Fund, co-founded by Wendy Dio, is a non-profit 501(c)(3) charitable fund dedicated to supporting cancer-prevention research, raising awareness and educating the public about the vital importance of early detection and prevention when dealing with this deadly disease. 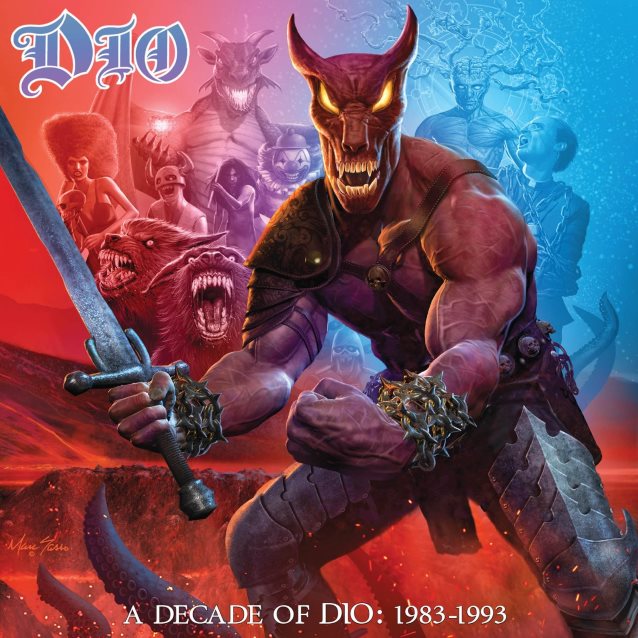