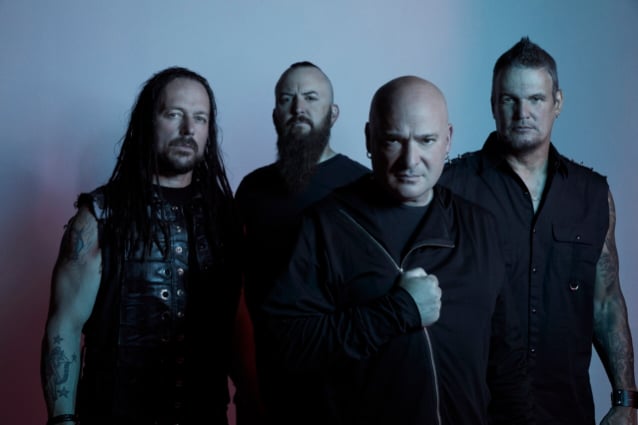 DISTURBED will embark on the "Take Back Your Life" European tour in June.

Tickets for the newly announced shows will become available this Friday, January 27 at 9 a.m. local time.

* With ASKING ALEXANDRIA
^ With I PREVAIL

In a recent interview with Wichita's T95 The Rock Station, DISTURBED guitarist Dan Donegan was asked how he and his bandmates have managed to keep their personal friendships and working relationships intact after all these years. He responded: "I think the older we've gotten, the more mature and more respect that we have for each other and everybody's role that we play. That's just developing over time — from the early days of being in a band in the beginning and finding our way and finding our sound and whose contribution to what. Everybody has a slightly different role in the band, and just being able to accept certain things — why certain things work that way and just kind of respecting that. And everybody's important, but we have slightly different roles too. And there's just that great deal of respect, like I said.

"In our time apart, it is literally apart — everybody lives in different states," he explained. "Maybe that helps that there's a little bit of breathing room, if we are too much around each other. I think we've just got such a strong bond and a good friendship. Like I said, we respect each other. It doesn't mean we don't have differences [and aren't sometimes] at odds, especially in the studio, if we're trying to work on what we feel what's best for the song; somebody might feel differently about it. So we definitely have those moments. But it's all for the good of the band and of the song."

Donegan's comments echo those of his bandmate, DISTURBED drummer Mike Wengren, who told the 100.3 The X Rocks radio station that "respect" is the main reason he and the other guys in the group have managed to stay together for so long. "We are all four — we're brothers, but we're all different individuals as well," he said. "And we pool off of each other's strengths. We have a tremendous team in the four of us, but also in the people that work behind the scenes as well — our crew, our management, record label; I mean, the list goes on and on — we have a tremendous team. But as far as the four of us are concerned, it really just comes down to mutual respect. We actually like each other. [Laughs] We check in with each other."

He continued: "It was so funny because during the pandemic, living in different states, [we] couldn't see each other for a while. And when we wrapped up in October of '19, was the last show we did, me and Danny actually took a trip. David [Draiman, vocals] was living in Hawaii at the time, and we went out there to go stay with him and his wife and son and just chill out for a little bit. The thought was maybe when we got home, we would start writing again, and blah blah blah. And lo and behold, just about — what? maybe two months later, everything was shut down and almost two years later we finally see each other. It was almost like [scene in the movie] 'Chariots Of Fire' on the beach — we all ran into each other's arms practically. Like, 'Hey…'"

Donegan's divorce inspired the "Divisive" song "Don't Tell Me", which is a duet with HEART's Ann Wilson. In two decades, it breaks ground as the first-ever guest collaboration on a DISTURBED record.

According to Billboard, "Divisive" sold 26,000 equivalent album units in its first week of release, with 22,000 units via album sales.

DISTURBED has had five No. 1s on the all-genre chart, beginning with "Believe" in 2002. 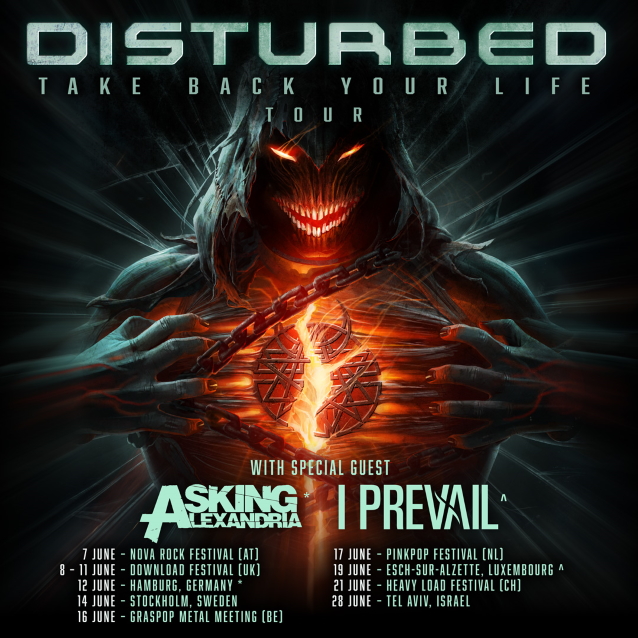