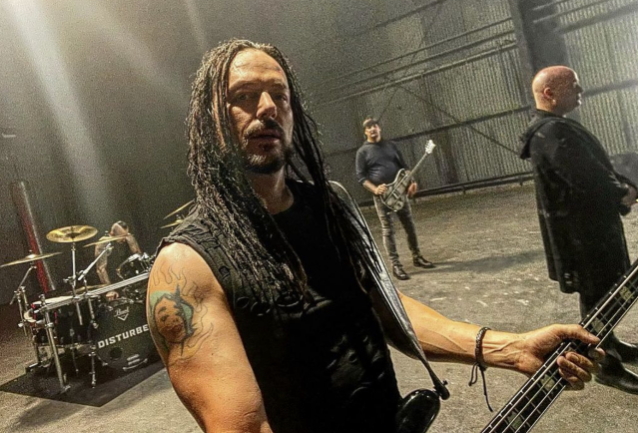 DISTURBED was in Los Angeles on Tuesday (June 14) to film a music video for the first single off the band's upcoming studio album.

Earlier this month, DISTURBED singer David Draiman said that the band's upcoming album will contain a "surprise track" that will "blow [fans'] minds."

Last month, Draiman told the audience at DISTURBED's concert in Camden, New Jersey that the band's new LP will be released "soon." He added: "It's about 90 percent heavy as fuck. Now there's still 10 percent of caring, loving goodness [laughs] — 10 percent. Hey, for everybody that fell in love with 'The Sound Of Silence' [SIMON & GARFUNKEL] cover, I figured, you know… But the rest of it? 'Sickness'-, 'Ten Thousand Fists'-era DISTURBED, for sure. You excited about that? 'Cause I'll tell you we're really fucking excited about it."