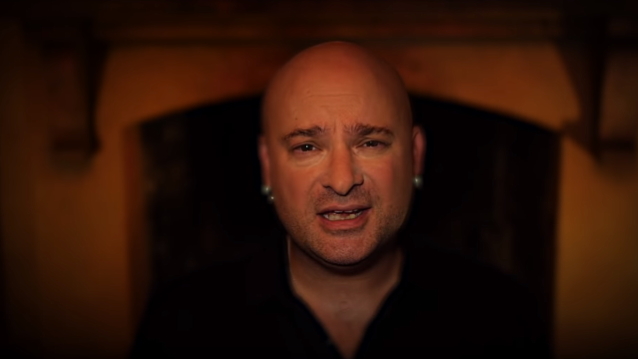 DISTURBED Releases New Music Video For 'Hold On To Memories'

DISTURBED has released a new music video for the song "Hold On To Memories". The clip was directed by Matt Mahurin, who has previously directed DISTURBED's "The Sound Of Silence" music video. The band previously issued a live visual for the same track.

"Hold On To Memories"'s message is a powerful and universal one: as long as you keep someone's memory with you, a piece of them is still alive. The message is also a timely one, with many taking stock of the past year and decade.

During DISTURBED's live show, the band performs the song alongside a video collage of its favorite memories, with photos and videos of their friends and families, both here and gone. During this part of each show, lead vocalist David Draiman asks the crowd to actively create these memories: "The people who have left us are never completely gone. They stay in our memory, and I encourage each and every one of you to live every day of your lives like it's the last day of your life, making memories that last forever with the people you care about and love. Shine your light on this world, everyone. Make memories that will last forever and cut through the darkness." This message is also reflected in the song's lyrics: "So now go do the best things in life / Bring the fight to this world while you can/ Make the most of the rest of your life /Shine your light on this world while you can/ And hold on to memories/ Hold on to every moment/ To keep them alive."

Last September, DISTURBED's "No More" landed at position No. 1 on Billboard's Mainstream Rock Songs airplay chart. The track, which was the third single from the band's 2018 album "Evolution", marked DISTURBED's seventh straight No. 1 on the chart.

Each of DISTURBED's last seven singles has reached No. 1 on Mainstream Rock Songs, a feat unmatched by any artist.

DISTURBED has a total of 10 Mainstream Rock Songs No. 1s. THREE DAYS GRACE holds the record with 15 No. 1s, followed by SHINEDOWN at 14 and VAN HALEN with 13.