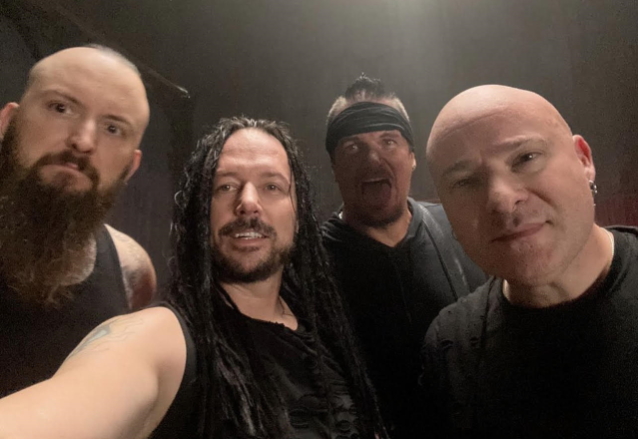 DISTURBED will release "Hey You", the first single off the band's upcoming studio album, on Thursday, July 14. A teaser for the song's accompanying music video is available below.

All four members of DISTURBED were in Los Angeles on June 14 to film a music video for the song.

Earlier last month, DISTURBED singer David Draiman said that the band's upcoming album, which is tentatively due in November, will contain a "surprise track" that will "blow [fans'] minds."

Turn it up! New single "Hey You" coming THIS Thursday 🤘