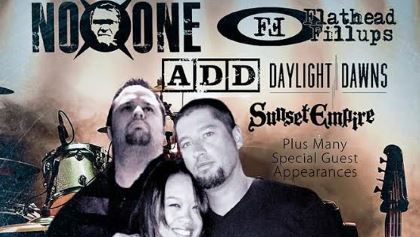 DISTURBED guitarist Dan Donegan joined the surviving members of the Chicago, Illinois nu-metal band NO ONE on stage this past Sunday night (October 5) at 115 Bourbon Street in Merrionette Park, Ilinois as part of a benefit concert for NO ONE guitarist Bob Bielarz. Fan-filmed video footage of his appearance can be seen below.

Bielarz and two other people — Bob's 40-year-old wife, Viengsavnh Bielarz, and Jeremy Muzika — were killed in a crash between a 19-foot boat and a 66-foot commercial towing vessel back in June.

NO ONE released one studio album through Immortal Records in August 2001 and performed on the Ozzfest tour that year alongside SLIPKNOT and SYSTEM OF A DOWN. After achieving only minimal commercial success, the group disbanded in 2003. They reformed in 2010 and began performing concerts again. 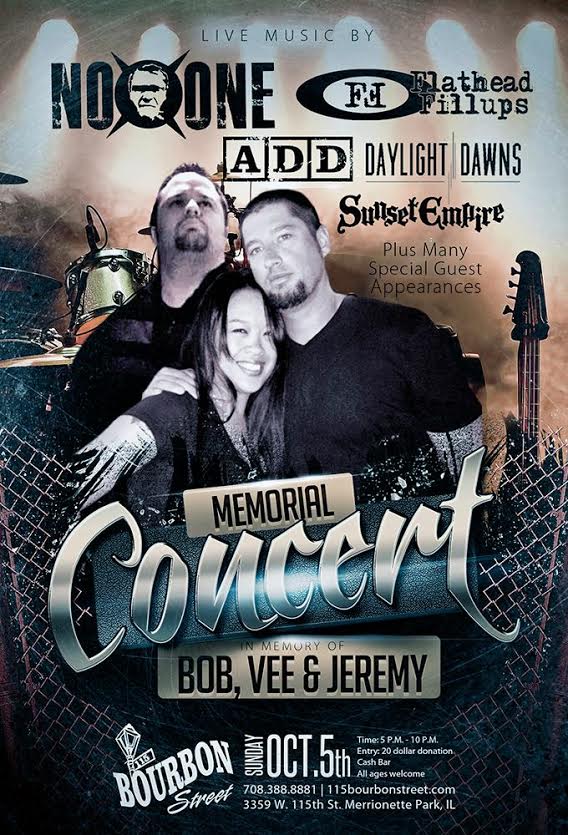