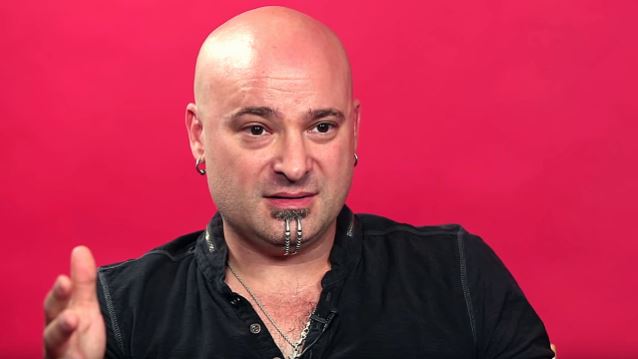 DISTURBED's DAVID DRAIMAN: 'I Don't Think Rock Is Dead By Any Means'

Last September, KISS bassist/vocalist Gene Simmons made headlines when he declared in an Esquire article that rock was "finally dead." In the months that followed, many a musician has weighed in on the topic in a variety of interviews, with some digging a little deeper into Simmons's full comments and others just glossing over the headline.

Speaking with Loudwire, DISTURBED frontman David Draiman offered his opinion on the subject when he was asked if his band's decision to return from a four-year hiatus was influenced by the fact that the first half of 2015 was relatively quiet in terms of big rock releases. He responded (see video below): "Nothing made the timing right other than us having the desire to come back; it's as simple as that.

He continued: "People make their own destinies. And I'm so sick and tired of hearing from people — whether it's Gene or anybody else… And I respect Gene; don't get me wrong. 'Destroyer' was the first rock record I ever bought. I'm a huge KISS fan. I appreciate his business acumen. But when you continually try to cut the head off the very thing that gives you life, what the hell are you doing?

"I don't think rock is dead by any means. And if we have anything to do with it, we're going to pump life support into this thing as much as possible. Which I don't even think it needs; I don't think it's on life support."

Draiman added: "I've said in other articles… If you want, I'll forward you a link. The Spotify report that was just put out recently that shows hard rock and heavy metal fans to be the most dedicated, the most involved fan base on the entire streaming network. The fact that metal is actually at the top of those genres and that we're at the top of 'Alt Metal.' The fact that if you look at global touring proceeds and global touring draws, hard rock and heavy metal festivals and tours are still outdrawing every single other genre on the planet. It doesn't look dead to me. It's just a very tasty little press snippet. 'Oh, let's go ahead and bring up the old notion that rock is dead. Rock is dead. Rock is…' Nothing is over until we say it is. And there's always going to be a fan base out there that has a desire for more aggressive music, darker music, something that they can sink their teeth into, a little bit more satisfying. That's never going to go away. No matter how much the naysayers want to go ahead and try and beat it into submission, we're gonna keep roaring back."

DISTURBED played its first show in four years on August 21 in its hometown of Chicago, to celebrate that day's release of the band's sixth studio album, "Immortalized". Draiman told "HardDrive Radio" how it felt for the band to be back onstage and playing live again. "Ah, the show was amazing," he said. "It was great to be back in front of the disturbed ones, and playing for two hours was just bliss. [Laughs] Everybody was firing on all cylinders. It was magic that night. That was a beautiful, beautiful moment."

That would make the disc the band's fifth consecutive chart-topper in a row, dating back to its second album, 2002's "Believe".

The group will hit the road next spring in support of "Immortalized". The trek kicks off on March 11 in Vancouver, Canada, wrapping up on April 10 in Memphis.