DISTURBED frontman David Draiman will host iHeartRadio's "ICONS" event, celebrating the release of Ozzy Osbourne's "Ordinary Man", which will also include an exclusive question-and-answer session with Ozzy and David.

Fans can listen and tune in free for a video stream of the exclusive "iHeartRadio ICONS Ozzy Osbourne: In Celebration Of 'Ordinary Man'" on Monday, February 24 at 10 p.m. ET/7 p.m. PT via iHeartRadio's official YouTube channel. 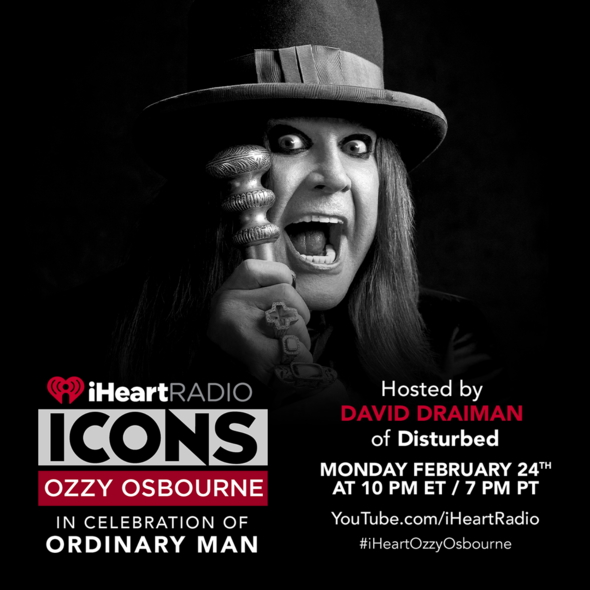