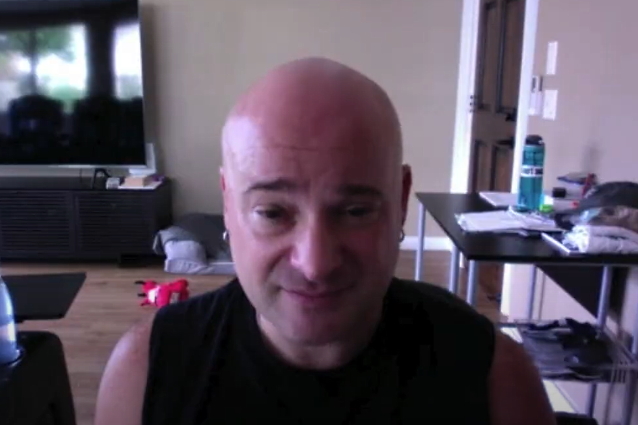 DISTURBED's DAVID DRAIMAN: What We Can Learn From ASTROWORLD Festival 'Debacle'

DISTURBED frontman David Draiman spoke to Terrie Carr of the Morristown, New Jersey radio station 105.5 WDHA about what it's been like returning to playing concerts after spending almost two years without being able to perform live. He said (as transcribed by BLABBERMOUTH.NET): "Everything that we live for and everything we know and everything we do and everything that defines us was stolen — temporarily, but stolen — and you had to adapt and pivot very quickly. Not even necessarily for your own livelihood or monetary survival, but for your own sanity. It was a very trying time. It's still a trying time. But at the very least, we're seeing the light now at the end of the tunnel. We are starting to see live events happening and no massive repercussions from said events with the exception of the debacle that we just saw recently at the Astroworld festival, which is incredibly unfortunate, incredibly disheartening — and I think, dare I say, the symptom of a much larger problem and a much larger psychosis that we're in the middle of."

He continued: "Those two years of isolation and every person for themselves warped us in a way. It led to some sort of post-traumatic stress. We're all hyper sensitive of ourselves and our immediate bubble. And I think that it's going to take more and more positive live experiences for people to remember what it's like to come back together and to look out for each other and to protect one another and to defend and protect the innocent as opposed to not caring or filming on your cell phone or to actually be an active part of the solution in a real positive, peaceful way as opposed to in a destructive and separating and divisive way. I think that that's what hopefully is going to continue to happen. And if we can learn anything from the debacle, maybe that's it."

The catastrophic Astroworld festival left 10 people dead during a performance by Travis Scott in Houston. Since then, dozens of lawsuits have been filed and a slew of questions remain unanswered about what went wrong.