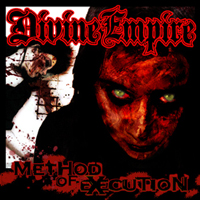 "Storm of Hatred" comes off the group's fourth album, "Method of Execution", due in May via Olympic Recordings.

The follow-up to 2003's "Nostradamus", "Method of Execution" (view cover here) was recorded late last year at Studio 13 and is said to be "a more varied and melodic" effort than its predecessor.