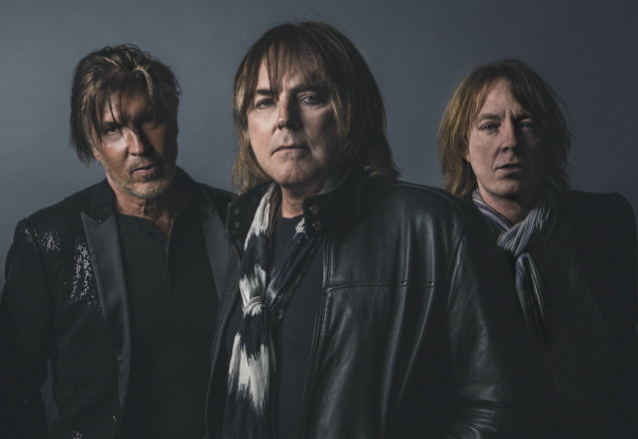 DON DOKKEN Weighs In On LYNCH/PILSON 'Heavy Hitters' Album: 'I Hope My Standards As A Songwriter Are A Little Higher Than That'

Don Dokken has thrown shade at his former bandmates George Lynch and Jeff Pilson over their recently released collection of studio recordings that turn pop music classics into metal anthems. Released on December 18, "Heavy Hitters" includes cover versions of such tracks as Carole King's "I Feel The Earth Move", Prince's "Kiss", OASIS's "Champagne Supernova", Madonna's "Music" and R.E.M.'s "It's The End Of The World As We Know It (And I Feel Fine)".

Dokken discussed the LP during a December 19 appearance on "The Classic Metal Show". After co-host Chris Akin named some of the songs which were reimagined by Pilson and Lynch, Don said: "But those are not heavy hitters. No offense, they are good songs, but those are vanilla tunes. [Sings 'It's The End Of The World As We Know It (And I Feel Fine)'] Did they rock 'em up or put some shredding guitar solos [in them]?

"They must be really bored," Dokken continued. "But, you know, everybody's got their mantra; everybody's got their financial things, I guess. If a record company is willing to give you money to put out pablum, then put out the pablum. But I hope my standards as a songwriter are a little higher than that. If I'm gonna do a remake, I'm gonna do something that was super cool, like 'Paint It Black' by THE [ROLLING] STONES or 'Revolution' by THE BEATLES or something that's awesome and do something like that. I'm not gonna do Carole King.

"I don't get it. I don't know what's going on with those guys," Don added. "I don't really talk to them much. Lynch and I, we talk once in a while, 'cause he always wanted to move to Santa Fe; that's his dream. He's always wanted to come to New Mexico. And I said, 'Hey, you're welcome to come on up and stay in the casita' — as they call 'em up here, a casita, the guest house — 'and if you wanna go hike'… He hikes; he's a hiker. So, I've got 13 acres. He can get lost very easily. I'm not going looking for him."

DOKKEN's classic lineup — Pilson, Dokken, Lynch and drummer "Wild" Mick Brown — reunited for a short Japanese tour in the fall of 2016. The trek marked the first time in 21 years the four musicians had hit the road together.

DOKKEN is currently working on material on a new studio album, tentatively due in 2021 via Silver Lining Music, the label owned by Thomas Jensen, one of the founders of Germany's Wacken Open Air festival. It will mark the group's first disc since 2012's "Broken Bones".