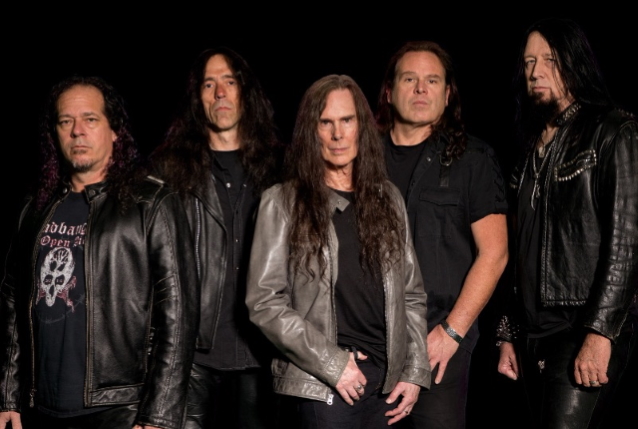 The San Francisco Bay Area musician's death was confirmed by his bandmates via social media. They wrote: "It is with immeasurable sadness that TRAUMA shares the news that our brother Donny Hillier passed away yesterday September 28, 2020 from a short illness.

"We are all grief stricken and send our deepest condolences to Donny's family and will respect their wishes for privacy at this time.

"Donny was the voice of TRAUMA since the beginning in 1981 and will be a hard act to follow."

Originally formed in 1981 in San Francisco, TRAUMA was part of the same scene that gave the world such thrash notables as EXODUS, METALLICA and TESTAMENT. And the band’s original bassist was none other than the late/legendary Cliff Burton (who would later join METALLICA). 1984 saw the release of the group's debut album, "Scratch And Scream", before the band split in 1985. But in 2013, TRAUMA reunited and has been back in business ever since.

TRAUMA's most recent lineup consisted of Hillier, Kris Gustofson (drums),Greg Christian, Joe Fraulob (guitar) and Steve Robello (guitar). Fraulob is a former member of DANZIG; Robello plays guitar in DUBLIN DEATH PATROL (the Bay Area supergroup formed by the singers of EXODUS and TESTAMENT),and was formerly with the group HEIST; Christian, the newest addition to TRAUMA, was a member of TESTAMENT.

It is with immeasurable sadness that Trauma shares the news that our brother Donny Hillier passed away yesterday...