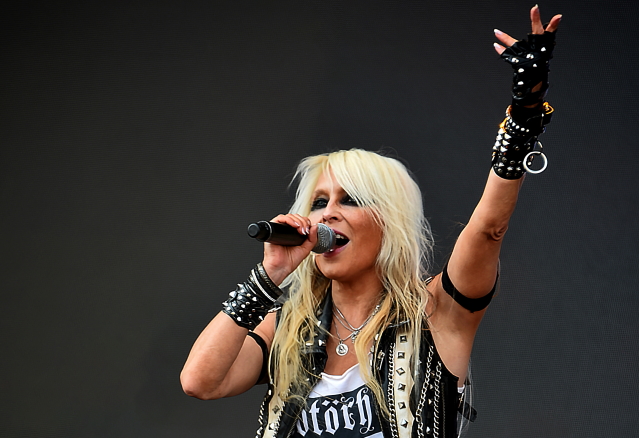 DORO Releases 'All We Are' Video From 'Triumph And Agony Live'

In celebration of 35 years of WARLOCK's "Triumph And Agony" album, Doro Pesch will release "Triumph And Agony Live" in various formats, including CD, vinyl, cassette, DVD, Blu-ray, and a huge box set, on September 24 through Doro's own label, Rare Diamonds Productions.

A performance video of the song "All We Are", taken from "Triumph And Agony Live", can be seen below.

The "Triumph And Agony" artwork centers on Geoffrey Gillespie's famous original drawing of the "Warlock" embracing the blonde rock star.

Doro says: "The cover and the whole artwork including booklet and inlay are a combination of live shots and the amazing iconic Warlock paintings of my favorite artist, Geoffrey Gillespie, who did all the classic DORO / WARLOCK artworks. It worked out great. I am so happy with it."

Regarding "Triumph And Agony Live", Doro says: "It's one of my favorite records we've ever done! It includes some of our big classic anthems like 'All We Are', 'Für Immer' and 'I Rule The Ruins' as well as fan favorites like 'Metal Tango', 'Three Minute Warning', 'Kiss Of Death' and 'East Meets West', not to forget headbanging album opener 'Touch Of Evil'. I'm super excited to let the fans hear and see it!

"It was always my dream to play the 'Triumph And Agony' album in its entirety live," she adds. "The order of the tracks is different from the original album, but we're playing all ten songs in new, powerful versions. The first time we did it was at Sweden Rock followed by a big tour in the USA and Spain, and more large festival shows like Graspop and Norway Rock. It was fantastic. There was a killer atmosphere!"

Prior to an appearance at the 2017 Sweden Rock Festival, Doro stated about why that was the right time to go out and play the "Triumph And Agony" songs again: "Well, because we have our 30th anniversary of this big record. It was called 'Triumph And Agony', and it was the biggest record. I think it was one of the best records. And I thought, 'Man, we have to play one time the whole album in its entirety,' and we never did before. And then I called my old guitar player, Tommy Bolan, and he played on the whole record, he played all the solos. And I asked him if he was into that idea, doing a couple of shows with just the 'Triumph And Agony' album and then some encores. And he said, 'Oh, let's do it. I'm ready.' And then we were rehearsing all, yeah, the last week, and I think it sounds really good. We are playing some songs we've never played before, but I think they will sound really amazing. And I'm very excited."

Doro is currently working on material for a new studio album, tentatively due in 2022. The LP will be the follow-up to "Forever Warriors, Forever United", which came out in 2018. The double album featured 19 regular tracks and six bonus songs. 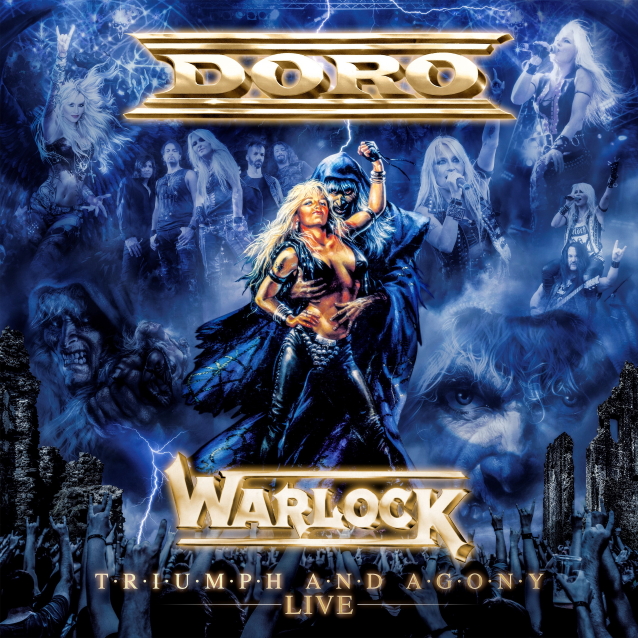